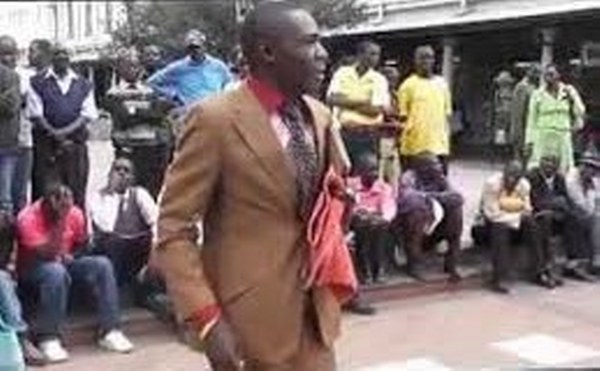 The street preacher who has since resorted to social media services was shocked to see a post with a message announcing his death.

Following national lockdown, church services among other gatherings were put on hold prompting preachers to resort to online sermons.

In an interview, he said:

“People are killing me on social media, they are looking for views on such bad news.

“It seems it’s a war and it’s due to the fact that I am now holding my services on social media and the views resemble the believers.

“So there is a war over viewers, especially the diaspora audience since outside, internet is cheaper,” he said.

Muparinga said, he once had a problem of some individuals using his name asking for offerings.

“Last time I had a challenge of people who were using a fake page in my name to ask for offerings.

“So they did not succeed before they started circulating damaging pictures which again failed to work.

“Now they are using this plan of declaring me dead.

“Some pastors pay for these fake testimonies to attract more page likes,” he added.