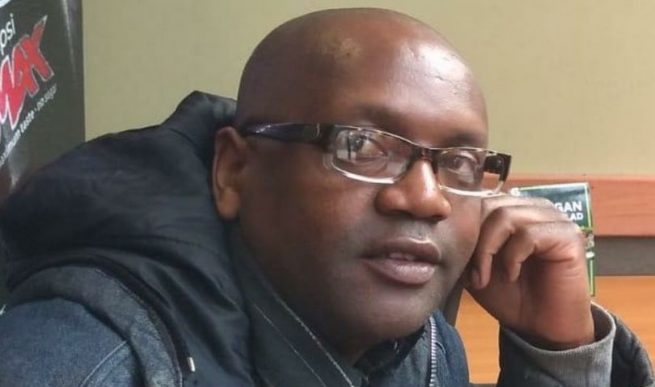 A family has been left devastated after a man who has lived in Leeds for 18 years faces being sent to Zimbabwe today (Wednesday).

Isaac Kurangwa is currently being held at Brook House Immigration Removal Centre, near Gatwick Airport, and has been there since last week.

The 47-year-old from Beeston left the country and applied to be an asylum seeker as he ‘feared for his life’ as a supporter and member of the opposition party.

His applications for asylum were denied along with his appeals despite the circumstances. In 2014, he was handed a deportation notice and only last week, he was told he would be forcibly removed from the country leaving his family, including two of his daughters who are British citizens, completely devastated.

“He’s a pillar of his community. Isaac has a life here. This is just punishment.

“He’s got a little girl who is four years old and he picks her up from school, she’s devastated. She’s been asking for her dad and her headteacher has written a letter of support for him.

“Her teachers noticed the changes in her behaviour, the mum told them she hasn’t been seeing him, the mum explained what happened and she said what can I do to help.

“We’ve got some family back in Zimbabwe but he’s been here 18 years, it’s going to be difficult for him. It’s going to be very hard to adjust. In Zimbabwe there are currently no jobs, what’s he going to do? There’s nothing happening there.”

A legal team working has been hired to stop Isaac from being deported and they’re also looking to challenge the Home Office’s decision not to accept his application to be an asylum seeker.

The family believes a mix-up of case files by Isaac’s previous lawyers and solicitors caused his applications to be denied.

However, due to his legal status over the years, he hasn’t been able to work and received support from his community but he also took on volunteering opportunities when he could.

Because of this, he has been described as a kind person who is valued in his community.

Recently, he has taken on the role of an unpaid carer for his friend named Innocent, who is diabetic. He fell down the stairs and was found days later by Isaac. The fall caused him to lose his memory and is now living in care in Bradford.

Isaac has since been helping him communicate with his family in Zimbabwe and visiting him daily, despite the fact his friend cannot recognise him. His family has questioned how this will affect his friend’s health.

His sister continued: “I got to know the kind of person he is [speaking to his friends]. I’m glad people are talking about him before he’s six feet under. We only hear good things about people when they’re dead, not when they’re still with us. The type of man my brother is, he could be the mayor of Leeds,” she joked.

“It’s such a shame this is happening but we’re hopeful they will release him. I just hope someone will intervene.”

Isaac, who has only committed minor driving offences between 2002 and 2012, is not the only person facing deportation today.

It is believed up to 50 Zimbabweans face being forcibly removed from the country including a semi-professional footballer who came to the UK when he was only seven years old.

MyLondon reports there has been an alleged coronavirus outbreak at the detention centre in which Isaac is being held in but the outbreak will prevent the detainees from boarding the flight.

Everjoy added it’s not clear whether Isaac has been vaccinated or offered a vaccine but she now fears for his health because of the rise in Covid cases in Zimbabwe and the poor healthcare system there.

A huge protest was held outside the Zimbabwean embassy, in London on Monday calling for the flight to be halted and for the people to be released.

A Home Office spokesperson said: “Foreign criminals who abuse our hospitality should be in no doubt of our determination to deport them.

“Any foreign national who is convicted of a crime and given a prison sentence is considered for deportation at the earliest opportunity, and since January 2019 we have removed 7,895 foreign national offenders.”