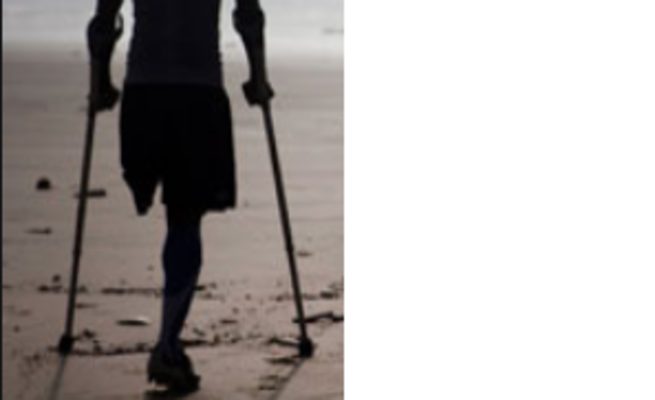 Serial armed robber, Peter Mushipe, who was part of the seven dangerous criminals arrested recently under a special operation during which two of the suspects were killed in a shoot-out with police had his left leg amputated after it deteriorated due to gunshot wounds.

Early this month, police first arrested the ringleader Godfrey Josi who then revealed that his other accomplices were Zvidozvashe Zuda, Mushipe, Valentine Mutasa, Decide Rice of Devon Farm in Kadoma and the now deceased Benjamin Craig Musasa and Richard Mutanga.

Mushipe was then arrested in Stoneridge area, Harare, where he tried to run away while armed with a 12 Bore shot gun loaded with one live round of ammunition. He was subsequently shot on the left leg and live rounds of ammunition were recovered from his pockets.

Most of these robbers are understood to have been behind the March 28 raid at Gateway High School in Harare where they made off with US$250 000, who have been in and out of prison on bail pending trial for committing violent crimes.

National police spokesperson Assistant Commissioner Paul Nyathi yesterday confirmed that Mushipe had his leg amputated after it had deteriorated when he was shot during his arrest.

Sources close to the investigations said Mushipe was amputated on July 13 at Parirenyatwa Hospital and is now in a stable condition.

Mushipe was wanted by police for masterminding and committing a spate of armed robberies countrywide.

The cases occurred in Borrowdale where the gang together with their other accomplices — Edmore Ronald Chigwada, Christopher Danda, Terrance Nyakudyara and Joseph Hazvinei — forced their entry into the house and stole R200, US$300, a Samsung S9, two television sets, suitcases and bed sheets.

In Vainona, they stole two HP laptops, $85, an iPad, iPhone 6 and jewellery valued at US$5 919, while in Hatfield, a complainant arrived at his residence driving a Toyota Prado and stopped at the gate before the gang confronted him when he was about to open the gate.

The robbers first fired a shot and it hit the victim on his right hand middle finger and he fell down.

They went on to manhandle him before they knocked at his door, claiming to be police officers. They ordered his wife to open the door. While inside the house, they demanded safe keys and forced the complainant’s wife to go and get the safe keys in the car.

They took the complainant’s car which they later dumped in Chitungwiza.

The gang also raided a house in Tynwald South where they held the occupants hostage before stealing US$40 000, R13 000, $2 000 coins, Samsung Galaxy J6Pro, Samsung Galaxy Note 5, iPhone 6, two gate remote controls and two car keys. They also pounced on a house in Eastlea where they stole jewellery, 32-inch television set, a suitcase with clothes while armed with knives.

Using the same method of operation, they grabbed the house maid at around 7am and threatened to stab her before they tied her hands and taking the loot.

The owner of the house returned around 2pm from work and upon entry into the house she was pointed at with a knife and threatened with death if she resisted their demands.

In Waterfalls, the gang who were armed with knives entered into another complainant’s yard and fired a shot in the air to instil fear.

They went on to manhandle the complainant and physically assaulted him demanding cash. They forced him into the house and took $1 500, US$4 500, PI pistol and iPhone 8 before they escaped.