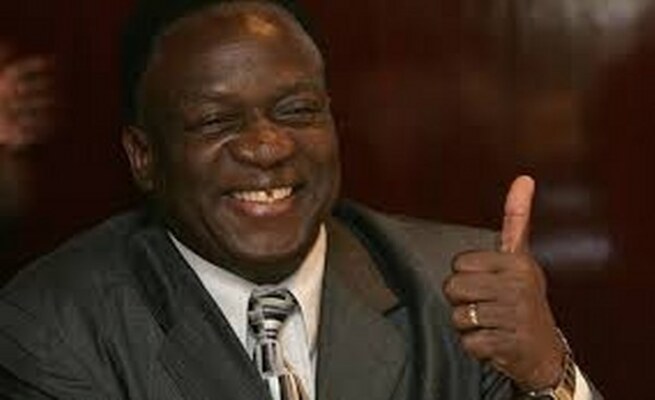 PRESIDENT Emmerson Mnangagwa has extended level 4 lockdown measures indefinitely to contain the continued surge in COVID-19 cases and deaths, but ordered schools to prepare for reopening.

Parents or guardians will be required to help government in the provision of personal protective equipment (PPE).

The country has been under level 4 lockdown since the beginning of this month.

Addressing a post-Cabinet media briefing yesterday, Information minister Monica Mutsvangwa said when schools opened, parents would be asked to help government with the provision of PPE.

“As the nation prepares for the reopening of schools, parents and guardians are expected to complement government efforts to provide PPE and other essential requirements for learners,” Mutsvangwa said.

Mutsvangwa said the lockdown measures were proving to be effective as there was a decrease in the number of new infections last week.

“Cabinet was informed that the number of infections decreased slightly with a total of 14 275 cases being recorded during the week under review, compared to the 21 346 cases recorded the previous week,” Mutsvangwa said.

“Cabinet wishes to assure the nation that efforts are

“Government is ramping up the supply of oxygen and other critical provisions at designated health institutions throughout the country. The Health ministry has established a prepayment facility with a local gas supplier to ensure constant availability of oxygen. Treasury has released $100 million for the purchase of oxygen.”

In a sign that the government had pinned its hopes on vaccine rollout to combat the virus, President Emmerson Mnangagwa set a target of administering one million shots during the extended two-week level 4 lockdown period which ended yesterday.

But the programme has, however, failed to achieve the President’s target.

Government’s mass vaccination programme was reportedly slowed down by an acute shortage of nursing staff to administer COVID-19 vaccines at local health centres at a time demand for the jabs has gone up.

The country managed to inoculate an average 40 000, translating to a total of 564 890 during the 14 days, almost half the target of one million.

Cabinet also approved the reopening of Victoria Falls and Kazungula Border Post, only to vaccinated people.

“Cabinet acceded to a request by the tourism industry to open the Victoria Falls and Kazungula Border Posts to tourists who are fully vaccinated,” Mutsvagwa said.

“This is in view of the realisation that over 60% of the population in Victoria Falls has been vaccinated.”

She said the decision was taken after it became clear that the two local authorities had failed to pay salaries and account for monies received from Treasury.

“Cabinet noted with concern the failure by Chitungwiza Municipality and Harare City Council to pay nurses and other health personnel resulting in a reduction in service delivery,” Mutsvangwa said.

“The two municipalities have also been unable to account for financial resources which had been availed by the treasury for COVID-19 response.”

Mutsvangwa said the nurses would be paid by the government, effectively taking control of all clinics run by Harare and Chitungwiza councils which are run by the MDC-T led by Douglas Mwonzora.

“Cabinet directed that nursing staff in the two municipalities be placed under the PSC and be paid through the Salary Service Bureau, risk allowances for the affected workers will also be paid,” she said.

Government also ordered the two local authorities to account for every cent which they received from the government to ensure healthcare delivery.

She said Cabinet also tasked the Finance minister Mthuli Ncube to ensure that the municipalities account in full for the resources they were allocated as part of the COVID-19 response.