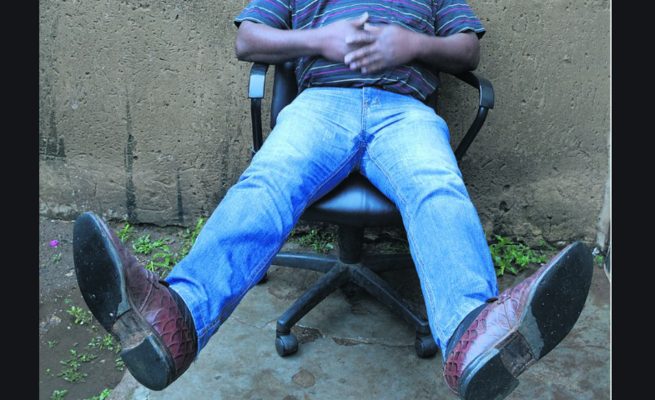 A MALE magosha is getting his 4-5 fixed, and he’s over the moon!

Pretty soon, his 4-5 will be back to its original size and he’ll be able to deliver the same excellent service his customers expect.

Last Friday, Daily Sun published a story about a magosha whose 4-5 had been shrunk by the unhappy husband of a satisfied customer.

He told Daily Sun he could not pay his bills and debts because of the man who made his 4-5 shrink after he found him with his wife.

The 33-year-old from Alberton south of Joburg, said it would be hard to leave married women alone, because most of them did not disclose his secrets, while a few paid him well.

“We don’t dream of becoming magoshas. Life is tough and jobs are hard to find. We all have to do something to survive.”

He said it was not fair for people to judge them and threaten their lives.

After the story was published, Daily Sun received calls from izangoma who wanted to help him. Only one sangoma, from Phumula in Ekurhuleni did not ask for money.

Mkhulu Kukhanyile Mthembu said he had dealt with this kind of problem before as many husbands did that to their wives’ boyfriends.

“I don’t like this. How is this man supposed to live without money? His family does not know what he does for a living and he has to send money home every month.”

Kukhanyile said this treatment usually cost R2 700, but he would help for free. He promised the magosha would be back in business by September.

Their appointment was set up for this weekend.

The magosha’s best friend (35) told Daily Sun he was happy his friend was getting help.

“He couldn’t even ask for help from his family because they don’t know what he does, plus they rely on him for money.

“I hope he’ll be good to go soon so things get back to normal.

“I wish he can stay away from married women though.

“This will get him killed one day,” said the friend.