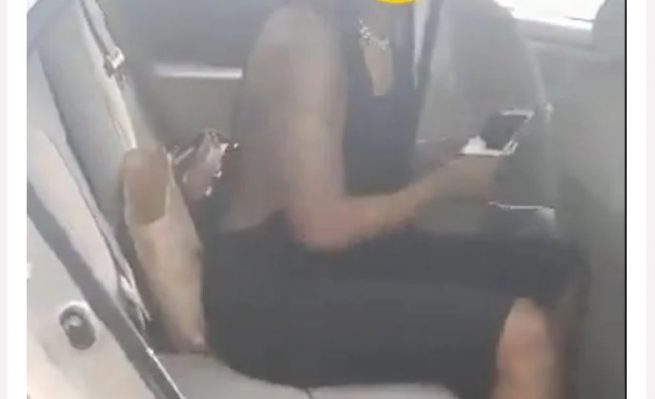 IMAGINE being stuck in a taxi and not having money to pay for a taxi fare!

A video of a woman who reportedly got held in a bolt vehicle after failing to pay for her trip fare is making waves on social media.

It appears the video was taken by a bolt driver who wanted his money.

It is not clear where the incident occurred but according to Tuko, a Kenyan based publication, the woman got stuck in the vehicle for more than an hour because her boyfriend was not picking up his phone.

In the video initially shared by @hassansasman on Twitter, the woman can be seen sitting inside the vehicle while she begs the driver to let her out.

@hassansasman said: “How do you guys request for a ride knowing that you’re not the one paying and you don’t even have money to pay?

“What if the person meant to pay can’t pick up your call or his or her phone got spoilt? How do u intend to pay the driver?” the post read.

In her defence, the woman is heard saying: “Do not make a video of me, people know me and I’m a video vixen.”

As the video ended, the bolt driver is also heard threatening to take the woman’s phone and says she will get it when he gets his money.

News Cynthia Goba - 3 August 2021 0
A SOLDIER, Clemence Moyo was on July 25 allegedly stabbed to death by two Kadoma men during a fight over a curvy bar lady. The...
Loading...