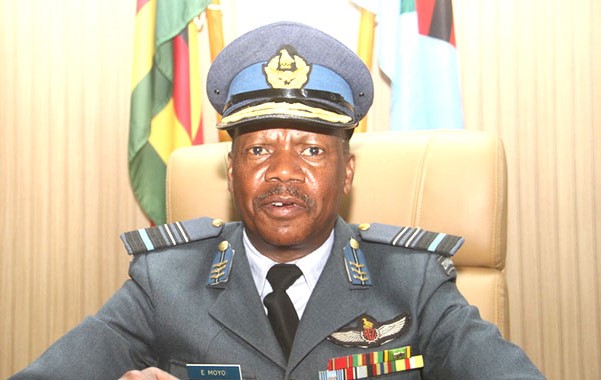 AN Air Force of Zimbabwe (AFZ) serviceman who was recently fired for allegedly trespassing into a gold mine in Kwekwe has taken his former employers to court challenging his dismissal.

Thembelani Ndlovu is accusing the AFZ of violating his constitutional right by discharging him without conducting a disciplinary hearing.

He filed an application for review at the Bulawayo High Court citing Air Marshal Elson Moyo and the Zimbabwe Defence Forces (ZDF) Commission as respondents.

In his founding affidavit, Ndlovu, who is a self-actor, said he was dismissed from the AFZ without notice.

“I am applying for a review of the decision of the respondents which was arrived at in a malicious manner. There was also bias, malice and procedural irregularities in the manner in which the process was conducted,” he said.

Ndlovu said he was taken to the Kadoma magistrates’ court on allegations of trespassing and the charges were withdrawn before plea.

“Subsequently, the second respondent (Air Marshal Elson Moyo) discharged me from the Air Force of Zimbabwe without any notice whatsoever. Further, he never conducted any disciplinary hearing in terms of the Defence Forces Act thereby his decision a nullity at law,” he said.

Ndlovu wants the decision of the respondents to be set aside and that he be reinstated into AFZ without loss of salary and benefits.

In his grounds of appeal, Ndlovu argued that Section 26 of Defence Forces Act allows any member who has been discharged or dismissed to appeal against the discharge if not satisfied with the manner in which they would have dismissed.

“In casu, the discharge was never done in terms of the Act. It was done haphazardly and hence the Commission has to look into the procedure and reverse the discharge thereto,” argued Ndlovu.

“I was never heard prior to the discharge being made. I was supposed to be heard in a disciplinary trial than for the administrative authority to just rule in favour of the allegations. The commander showed bias by ruling in favour the complainants in the matter thereby violating the principle of natural justice that no person can judge a case in which they have an interest.”

According to court papers, sometime last year, Ndlovu appeared before a Kadoma magistrate on allegations of trespassing into Goodhope Mine in Kwekwe.

The trial failed to kick off after the State withdrew its charge before plea citing lack of incriminating evidence.

News Muza Mpofu - 3 August 2021 0
SADC ground and naval forces have arrived in Mozambique’s troubled northern province as part of a combined regional force to quell insurgents who have...
Loading...