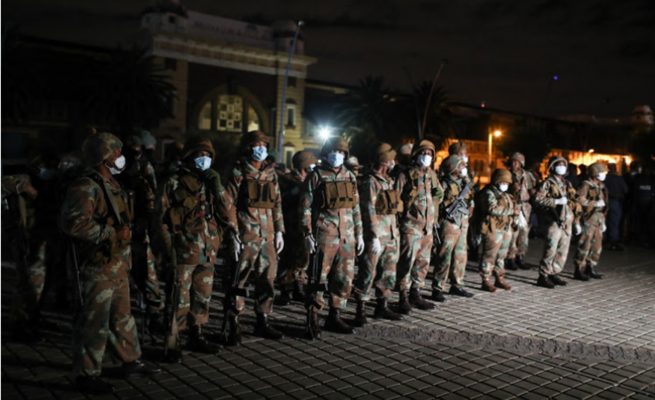 SEVEN South African soldiers who are accused of facilitating the smuggling of stolen vehicles from their country to Zimbabwe have been denied bail by a Musina magistrate court sitting in Louis Trichardt.

The court proceedings were moved to another town last Thursday after the Department of Employment and Labour Occupational Health Safety (OHS) inspectorate prohibited the use of Musina magistrate court.

This follows a complaint raised by workers in June this year over the unsafe environment at the area.

Limpopo’s department of public prosecutions spokesperson Ms Mashudu Malabi-Dzhangi said the accused persons were arrested between 21 and 22 June. She said the case was postponed to 1 September pending further investigations and the suspects will remain in custody.

“In denying them bail, the court indicated that there are no exceptional circumstances adduced by the applicants in their application for bail as the offence fell under Schedule 6. During the bail proceedings, the applicants did not testify and filed affidavits in support of their bail applications. The prosecution, in opposing bail, led the evidence of the investigating officer and three other police officers,” said Ms Malabi Dzhangi.

She said police officers had testified that they had received a message that the accused persons were allegedly planning to escape from custody.

In addition, she said the police officers had alleged that the group was arranging to hire a traditional healer (sangoma) to eliminate the investigating team and the prosecutor. Ms Malabi-Dzhangi said from June 2019 to February 2020 the suspects allegedly accepted a bribe of R15 000 to allow each stolen vehicle to cross the border to Zimbabwe.

“The Directorate for Priority Crime Investigation (Hawks) received information about SANDF members who were assisting vehicle smuggling syndicates to smuggle suspected stolen vehicles through the Limpopo River. The Hawks and the military police in a joint operation ‘Night Vigil’ managed to arrest the suspects,” she said.

The smuggling of vehicles along the Limpopo River is rife and most of the vehicles will be en-route to Malawi, Mozambique, and Tanzania while some will be destined for the Zimbabwean market.

News Tshuma Rueben - 21 October 2021 0
A man from Rujeko C in Masvingo allegedly bedded his 22-year-old girlfriend who is doing Chemical Engineering at Masvingo Poly in the presence of...
Loading...