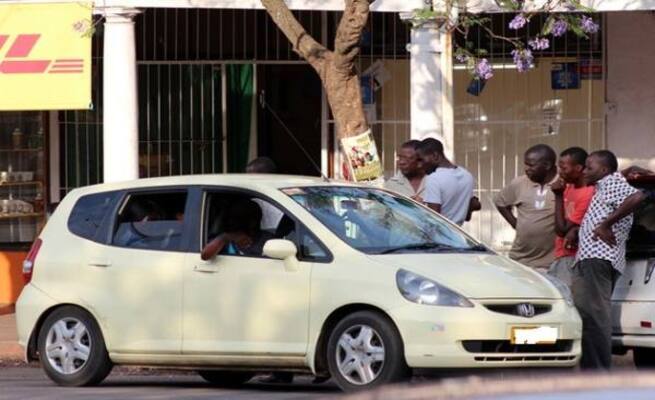 A Zupco bus driver is lucky to be alive after he was pulled from his vehicle and bundled into the boot of a Honda Fit by a driver and his partners in crime who were chasing after him.

Mlondolozi Moyo (35) was driving a Zupco-owned Toyota Hiace from Pumula South to Zupco depot in Kelvin North on Thursday at around 5.30pm.

Along the way Bornwell Moyo (36) who was driving a Honda Fit with two men on board hooted at him to stop but Mlondolozi did not stop as he suspected that it could be criminals who were up to rob him, said a source.

Mlondolozi increased his speed and drove to the depot. The Honda Fit followed him in hot pursuit.

The source said Mlondolozi drove into the depot and parked his car but before he could disembark Bornwell parked his Honda Fit beside Mlondolozi’s vehicle.

“While wielding an iron bar, Bornwell and his accomplices jumped off their car. One of the guys grabbed Mlondolozi and pulled him from his car and they bundled him into the boot of their Honda Fit,” said the source.

They pummelled Mlondlozi with open hands and hit with him an iron bar, said the source.

Mlondolozi screamed for help prompting other Zupco drivers who were at the depot to come to his rescue. They blocked the Honda Fit from driving off, said a source at the Zupco depot.

Another source who witnessed the incident said: “Within a few minutes’ people had gathered at the scene. They stoned the Honda Fit and assaulted Bornwell and his accomplices.”

The source went on to say some people from the crowd punctured the tyres of the Honda Fit and smashed its windows.

ZRP Western Commonage attended the scene and dispersed the crowd.

The Honda Fit was taken to Western Commonage Police Station.