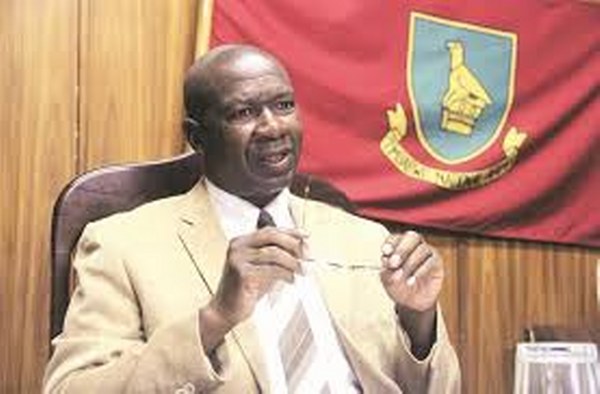 Gen Sibanda’s car was being driven by his aide Mandlenkosi Mpofu, when the accident happened at the intersection of Glenara Avenue South and the service road running parallel to Samora Machel Avenue in Harare. Sinoia admitted to recklessly causing the accident on August 23 this year under circumstances the State said could have potentially plunged the nation into mourning.

He appeared before Harare magistrate Mrs Barbra Mateko, who is expected to sentence him today. Sinoia said he saw a give way sign at the end of the service road which required him to stop if traffic was approaching along Glenara Avenue and so he reduced his speed. But he failed to see Gen Sibanda’s convoy resulting in him ramming the same side of the general’s car where he was seated. Prosecutor Miss Carol Mutimusakwa implored the court to heavily punish Sinoia for his actions.

She said Sinoia’s punishment should send a clear message to like-minded drivers, especially those that do not respect State motorcades. She said if the court exercised leniency on drivers like Sinoia, whom she likened to be Formula One racers, roads would no longer be safe to use.

“The impact occurred where the Commander Defence Forces was seated. The Commander was in a convoy which was visible and Sinoia did not even care to stop. This was negligent of him and a fine would not meet justice in this matter,” she said.

In mitigation, Sinoia, through his lawyers, begged for leniency saying a fine would be appropriate since he was a first offender.

“The accident occurred around 5pm and during the rush hour ahead of the 6.30pm curfew. I reside in Ruwa which is about 30km away from the accident scene,” he said.

Sinoia said because of the rush hour and the congestion caused by motorists attempting to beat the curfew, he took a side road from Samora Machel which was not congested.

“The accused admits to misjudging that the Mercedes Benz had already passed when he attempted to take off.

“Immediately after the accused realised that he had misjudged the distance of the Mercedes Benz, he applied brakes in order to avoid a collision and he took measures to minimise the contact, hence the vehicle was damaged on the rear side.

“The accused person has shown contrition and has been cooperating with police from the moment the accident occurred and throughout investigations to an extent that the accused even came from his own home to court, showing that even the State has observed the accused’s remorse,” he said.

Circumstances leading to the accident are that on August 23 at around 4:59pm Sinoia was driving along a side road parallel to Samora Machel Avenue going towards Msasa with one passenger on board.

General Sibanda was also with another aide, Squadron Leader Mark Pride Mangwende, and they were travelling north along Glenara Avenue towards Highlands. Gen Sibanda was seated on the rear left side where Sinoia hit.