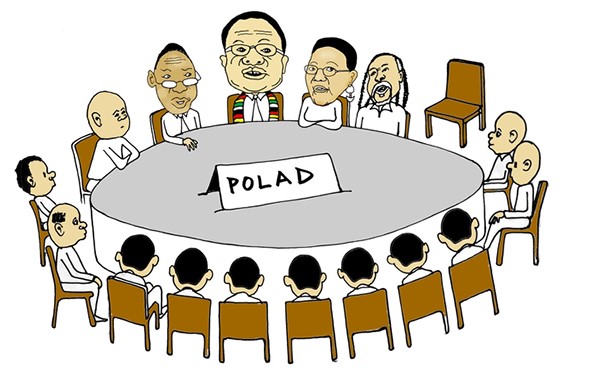 ZANU PF says it is not bothered by the refusal by main opposition MDC Alliance to join the Political Actors Dialogue (Polad) platform.

Speaking during a virtual meeting convened by the Heal Zimbabwe Trust (HZT) in partnership with the National Peace and Reconciliation Commission (NPRC), Zanu PF director for information and publicity Tafadzwa Mugwadi said the party was not concerned by the Chamisa-led outfit’s decision.

The meeting was held under the theme: Political Polarisation: Has Zimbabwe Found the Remedy?

“Polarisation is a choice and Zanu PF does not lose sleep over the refusal of the opposition to come to the table and join the brotherhood,” Mugwadi said.

“We acknowledge their right not to join. With Polad, Zimbabwe is beginning to come together and speaking with the same voice and conviction on issues to do with national interests. All political parties are on board and only one opposition party has decided not to join. Please enjoy outside. Of course, we know very well it is cold outside,” he said.

Mugwadi said it was important for the MDC Alliance to draw lessons from Hakainde Hichilema from Zambia who, despite being an opposition leader for a long time, did not sell his country out.

“Zimbabweans are fast abandoning the MDC due to its toxic politics and those that want to work towards the development of the country must abandon toxic politics. The situation of Zambia should help the opposition to pluck a leaf where the current president despite being opposition did not sell out and punish his country that is why they voted for him in confidence.”

However, MDC Alliance representative, Harare mayor Jacob Mafume said there was a need for an enabling environment to allow independent institutions to thrive.

“Polad is unable to deal with and address pertinent issues and past hurts, but as the opposition through the able leadership of our president, Chamisa has put together a platform for dialogue that seeks to address issues of human rights justice and issues of impunity,” Mafume said.

NPRC commissioner for Harare Metropolitan province Obert Gutu said: “There is the need for post-conflict justice, healing and reconciliation and once we achieve this, we have peace. It’s an ongoing process I am happy that as Zimbabweans we are beginning to talk and are getting there.”

“It might not be now and it’s difficult because we are talking of a country which is 41 years old and is young but we should be able to be tolerant, address past issues and help each other heal,” he said.