A 24-year-old Mutare based physically challenged man says his father abandoned him over his disability.

Tendai Mazuru’s father immediately disappeared before chasing his mother citing that the child was not his. 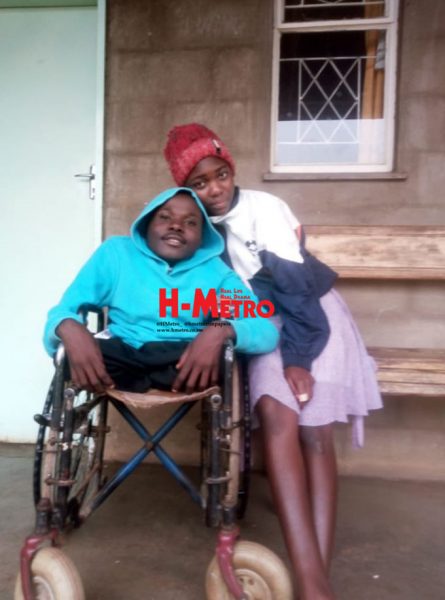 He grew up in a society that segregated people with the same condition.

Since then he never felt the love of his father but soldiered on to defy the odds through support from his mother’s family.

“After I was born, my father chased my mother from his family house since I was disabled but my mother’s family supported us.

“Her father was very supportive since day one until the time of his death in July this year,” he said.

Tendai said he was born with high chances of walking properly.

“I was born with chances of walking properly and a certain doctor tried to do an operation in which they cut my legs, they did their experiment but later said I could not walk forever.

“I had serious leg problems and I was told my condition was meant to be wheelchair bound. I could not walk forever.

“I felt affected when I would see some other kids walking properly.

“It affected me the first days but as time went on I got used.

“My friends who were able-bodied would assist me although their parents would not enjoy it.

“But I had a brave friend when I was in grade 3, who would help me go to school, push my wheelchair despite being discouraged to do so,” he added.

In terms of love, he said it’s not easy for people with his condition but he is married to an understanding woman.

“My wife understands although her family members did not easily welcome the union.

“We have been married for two years and we are doing some small businesses but it’s tough.

“She is able-bodied and the love is amazing although sometimes people influence her to change her decision but thank God she pays a deaf ear,” he said.