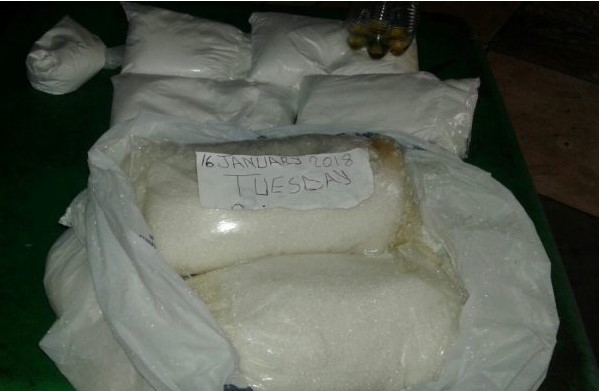 Mr Mutevedzi had initially jailed Shila Khumalo (50) to 12 years in jail before setting aside two years of the prison term.

Khumalo was arrested at the Robert Gabriel Mugabe International Airport in Harare on May 10 while she was on her way to South Africa.

South African woman gets 10 years in Zim jail after being caught with cocaine...

I know these Warriors are talented, I know I can help them: Aspiring coach...

Sports Muza Mpofu - 14 September 2021 0
Former Liverpool goalkeeper Bruce Grobbelaar has expressed his desire to be the next coach of Zimbabwe. His comments come a day after the Zimbabwe FA...

Lula lula as police officers pounce on pr0stitutes at night

News Muza Mpofu - 14 September 2021 0
COMMERCIAL se_x workers in Mashonaland East province have accused police officers of extorting bribes or se_xual favours in order for them to operate during...

Videos & Pics Muza Mpofu - 14 September 2021 0
Morgen Komichi has called for the recalling of all MPs and Councillors who are sympathetic to Chamisa. Appealing to MDC-T President Douglas Mwonzora, Komichi...

SAD NEWS: Driver dies after being run over by own truck

News Muza Mpofu - 14 September 2021 0
A TRUCK driver was crushed to death by his broken down truck after going underneath to fix brake failure near Nyamhunga bus terminus in...

News Muza Mpofu - 14 September 2021 0
Norton Independent Member of Parliament, Temba Mliswa came under fire after he publicly lambasted Jah Prayzah for sleeping around with married women. In a threaded...

News Edmore Huni - 14 September 2021 0
A 14-year-old girl was given into marriage to a Glendale farmer who already has five wives. Her parents, of the Johanne Marange sect, have sent...
Loading...