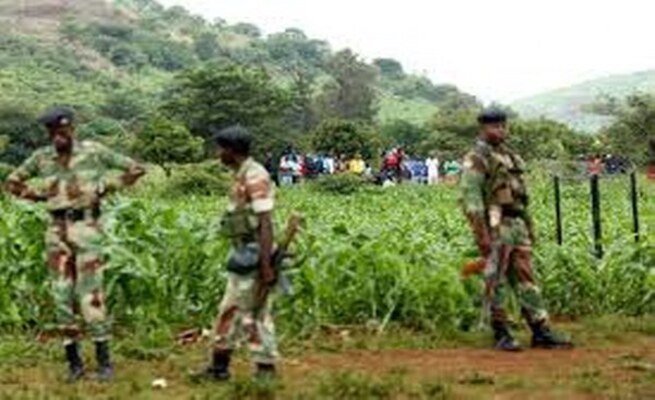 VILLAGERS settling close to the Zimbabwe National Army (ZNA) cantonment area in Umzingwane, Matabeleland South, face eviction as government moves in to deal with illegal settlements across the country.

Chombo was responding to Umzingwane Zanu PF legislator Levi Mayihlome who wanted to know “when the ministry was going to stop and reverse illegal settlements in communal and A1 settlement areas in Umzingwane.”

She said an inter-ministerial committee has been set up to resolve challenges related to “dysfunctional” settlements, both urban and communal areas with a view of regularising, demolition and evicting affected people.

“In Umzingwane, the areas affected by illegal settlers are wards 20 and 5 where people settled themselves and established an urban settlement in communal and resettlement areas in the Mbalabala area, 40 kms from Bulawayo; ward 19 of Godlwayo area where people settled themselves and were given eviction notices; in wards 1 and 2, people were settled next to the cantonment area of the Zimbabwe National Army, the people need to be resettled to safe areas,” Chombo said.

“We have been going through the 10 provinces to make sure that we identify where all those dysfunctional settlements are.

“There is a programme that is being drawn up to make sure that we identify who settled those people there. Was it the land barons? Was it the local authority or was it us, the Local Government and Public Works ministry?”

Recently, Lands and Agriculture minister Anxious Masuka revealed that as many as 250 000 people were on the waiting list for farming land.

Masuka said the ministry’s registry shows that most of the land has been occupied but no farming was taking place in some areas for various reasons, hence the ongoing visit to re-distribute the vacant, abandoned, and derelict farms.

“First and foremost, we have to identify a place to move those people to and the cost of moving them is going to be borne by either one of them, that is the land baron, local authority or the Local Government and Public Works ministry,” Chombo said.