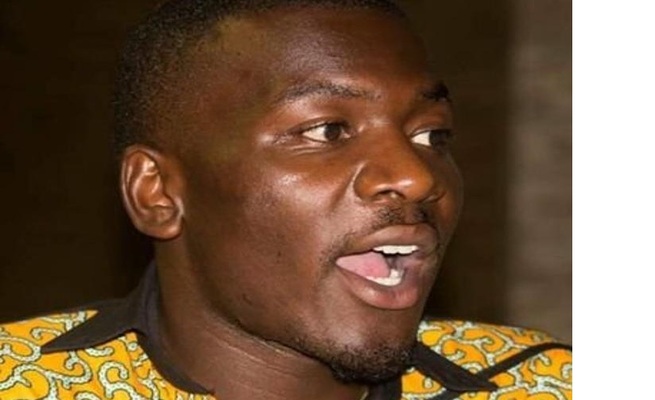 IN a bizarre development, incarcerated MDC Alliance youth leader and pro-democracy activist Makomborero Haruzivishe is being strangled in his sleep by fellow inmates at Harare Central Prison.

This was revealed by MDC Alliance spokesperson Fadzayi Mahere.

Mahere said Haruzivishe reported fellow inmates were waking up in the middle of the night to strangle him then pretend to be in a trance.

“We have received complaints from Makomborero Haruzivishe that he is being attacked at night by “fellow inmates” who choke him,” said Mahere.

“When he asks what is going on, they act like they are in a trance or hallucination. His lawyers are engaging the prison services to make sure he is safe.”

Tuesday marked 200 days in prison for Haruzivishe who was convicted of inciting public violence by whistling at Harare’s busy Copa Cabana bus terminus in April this year.

The pro-democracy campaigner has pleaded his innocence and was moved from Chikurubi Maximum Security Prison to Harare Central by the High Court where he is now being strangled.

MDC Alliance Youth Assembly spokesperson Stephen Chuma said they are interpreting this as a clear attempt on Haruzivishe’s life.

“We have received very unfortunate reports that Makomborero Haruzivishe’s life is in danger at Harare Remand Prison,” said Chuma.

“This is a clear attempt on our comrade’s life by the regime. History has taught us that Harare Remand Prison is a guillotine for activists and opposition members, in the past we lost Learnmore Jongwe and so many cdes under unclear circumstances,” he said.

“It is in that perspective that we demand for unconditional release of Mako because the regime has failed in its duty to protect him as a citizen in line with constitutional provisions and rights of prisoners.”