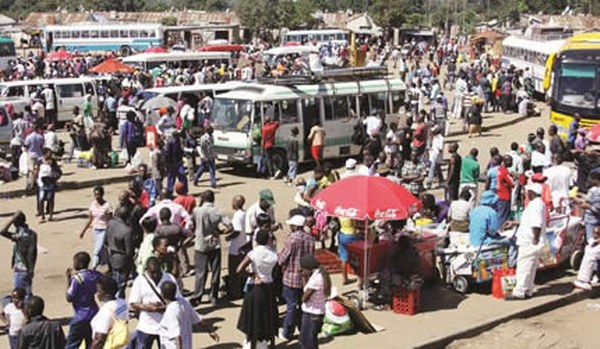 A woman dumped a two-week-old baby at Mbare Musika Long-distance Bus Terminus around 3 PM on Monday afternoon, police have confirmed.

The woman, whose identity could not be ascertained, had boarded an Inter Africa Bus that was loading passengers at the bustling terminus when she left the baby with a fellow passenger.

According to a police statement, the woman asked a fellow passenger aged 33 to keep a baby while she did a few errands.

She, however, left for good and did not return to the bus leading to a police report being lodged.

The police subsequently took the baby to Sally Mugabe Central Hospital for further management. Police said in the statement:

“The ZRP is investigating a case of baby dumping which occurred at Mbare Musika, Hre on 04/10/21 at 1500 hours, where an unknown woman boarded an Inter Africa bus before asking a fellow passenger (33) to keep a baby (approximately two weeks old).

“The woman did not return to take the baby leading to a Police report being lodged. Meanwhile, Police took the baby to Sally Mugabe Hospital for further management.”

In an unrelated development, police arrested Michael Mazenge (25) in connection with a case of attempted murder that occurred at Western Triangle, Highfield, Harare on Monday.

Mazenge was badly attacked by a mob after he struck an unnamed individual with a stone on the head in an attempt to rob him of his belongings.