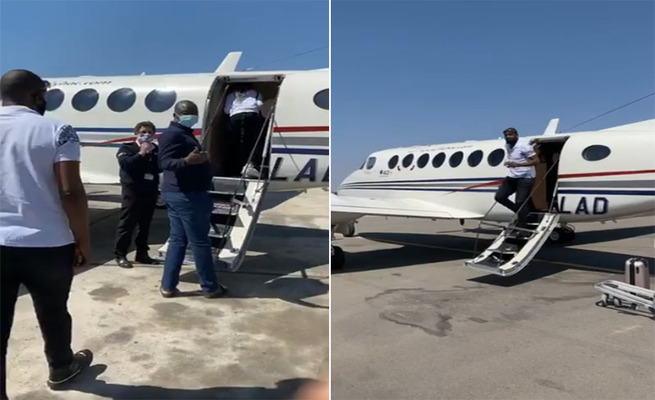 Ministry of Finance Permanent Secretary George Guvamatanga who just celebrated his 50th birthday party amid extravagance, pomp and fanfare after he had hired top South African musicians where he even promised to pay five times more has been caught pants down in trying to explain the source of his wealth.

Meanwhile, responding to public questions over his lavish birthday party, where he got the money from, etc, Guvamatanga said he can’t pretend to be poor just in order to please anyone.

Apparently, it has been noted that Guvamatanga could be lying with regards to the source of his wealth.

“After hiring a private jet for a holiday in Victoria Falls last year, Finance Permanent Secretary George Guvamatanga told the state-controlled daily The Herald that he worked for Barclays Bank for 30 years, 23 as a senior executive and 10 as CEO, a lie.

“This reinforces the emerging truth that Guvamatanga plays fast and loose with facts by telling needless lies. In this statement, he is practically claiming that 23 + 10 = 30. The truth is he worked for the bank for 28 years, starting from bottom; didn’t start as a top executive.” The News Hawks tweeted.

Social media also challenged and exposed his lie that he worked for Barclays for 30 years by doing simple maths. Since he was celebrating 50 years after leaving in 2017, four years ago, this means: 50 – 34 = 16. This means that he joined the bank at 16, which is obviously a blue lie.

Companies, let alone banks, in Zimbabwe, don’t employ kids with 16 years because most of them would usually be still at high school. There is no way Barclays would have employed a 16-year old high school kid when there were college or university graduates looking for jobs.

This invites the question: Why is Guvamatanga lying? What is he trying to hide? What’s the issue at stake here? He says he made millions at the bank, but records show that he didn’t. So where did he actually get the money from? That is the biggest question of this controversy.

#GuvamatangaTiedInKnots
After hiring a private jet for a holiday in Victoria Falls last year,
Finance Permanent Secretary George Guvamatanga told the state-controlled daily The Herald that he worked for Barclays Bank for 30 years, 23 as a senior executive and 10 as CEO, a lie. pic.twitter.com/Nnjx67QdJM 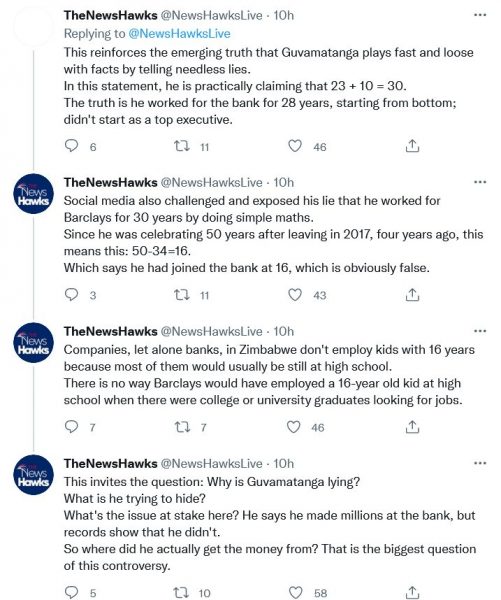