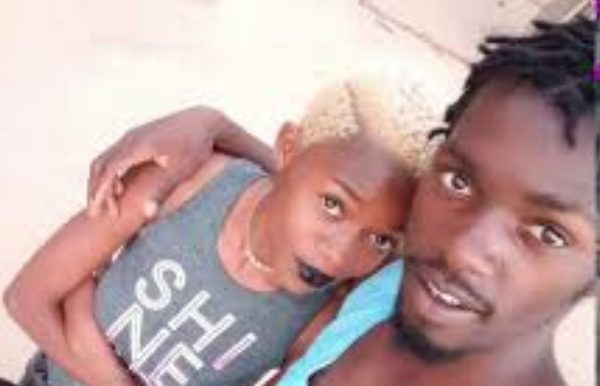 This comes after the Kanjiva hitmaker announced his retirement from the music scene earlier in September only to bounce back barely weeks after with a new single Zuva Risingasvike released Monday.

In emotional radio interviews he explained how he was struggling with his mental health due to challenges he was facing as a musician.

Recently he revealed plans to open a paint ball park in Harare with financial aid from Emmerson Jnr and Collins Mnangagwa, gold dealer Pedzisai Scott Sakupwanya and Tapiwa Chipembere leading to speculations that the short exit from entertainment was merely a gimmick for his new business venture.

Announcing his return to music, Enzo Ishall wrote: “I have settled. I am at peace. Thank you for the love and support I love you all. I owe my fans. Saka ehee amana.”

Responding with a repost, Qounfuzed slammed Enzo Ishall for failing to respect and worrying his fans over a ‘stunt’.

“Don’t get me wrong I respect the brother very creative with his craft but he had us worried for what??”

News Muza Mpofu - 13 October 2021 0
FORMER MDC organizing secretary Adednico Bhebhe is lucky to be alive after his car was involved in an accident at a steep sharp curve...

What does syphilis look like?: Signs and symptoms of the silent STI

Blog Sekai Moyo - 12 October 2021 0
What is syphilis? Syphilis is a se_xually transmitted infection that can cause long-term complications if not treated correctly. Symptoms in adults are divided into stages....

2022 FIFA World Cup: End of the road for Zimbabwe Warriors

Sports Cynthia Goba - 12 October 2021 0
The Warriors are out of World Cup reckoning after a one-nil defeat by Ghana in a 2022 world cup qualifier at the National Sports...

Passengers kidnapped and robbed after being offered transport by robbers

News Cynthia Goba - 12 October 2021 0
TWO people have been arrested for kidnapping and robbing passengers along Bulawayo Road. Christopher Nukarume, 38, and Raymond Dirwai, 43, are reported to have demanded...

News Cynthia Goba - 12 October 2021 0
A number of agreements were thrashed out yesterday between the Reserve Bank of Zimbabwe and leaders of the business sector to deal with what...
Loading...