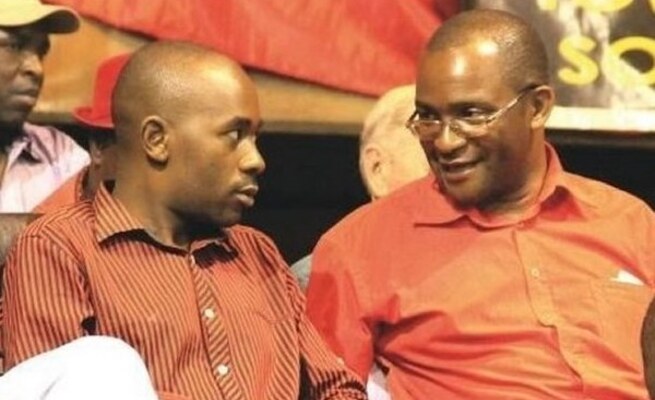 The Mwonzora led MDC-T political outfit has confirmed the MDC-Alliance name debacle is as good as done as they will soon be the legitimate owners of the MDC-Alliance party, proving the illegitimacy of Nelson Chamisa’s party.

MDC-T deputy chairperson Giles Mutsekwa, who was in Masvingo recently confirmed the developments and told party supporters that the issue was almost solved and they were only waiting for communication from the courts to start identifying themselves as MDC Alliance.

“The party name wrangle we have with MDC Alliance is as good as done as we have already won the battle.

“We are coming from the high offices where the matter should end, and I can assure you that the matter is done. Chamisa and crew are just making noise but they are illegitimate,” Mutsekwa said.

Addressing journalists in Masvingo earlier this week, MDC Alliance leader Nelson Chamisa said he was not worried about the name issue as claimed in political circles that he will suffer an identity crisis come 2023.

“Fighting over names is petty because the electorate is conscious of the people they need to occupy office.

“We are not worried about names because you can call a donkey something else but people know that it is donkey, so whatever they call us we will remain MDC-A because people know their leadership,” Chamisa said.

The opposition party leader said they were keeping their cards to the chest to avoid yet another ‘impersonation’ fiasco from their rivals.

“One bitten twice shy, we want to be very distinct in our identity, in what we stand for so that there is no confusion in the minds of the people, so do not worry about those who want to claim that they are us. We just want to make sure that we stop them from continuing to impersonate us going forward especially in the elections,” said Chamisa.

“The people know their leadership and the people are very clear that they are going to support us to win Zimbabwe for a change and we are all determined that the new Zimbabwe is on the horizon,” said Chamisa.

The MDC-Alliance is currently in a voter education drive and has said it is targeting to get six million votes in the 2023 elections.

On the other hand, the ruling party Zanu PF is envisioning five million votes with youths being their prime target.