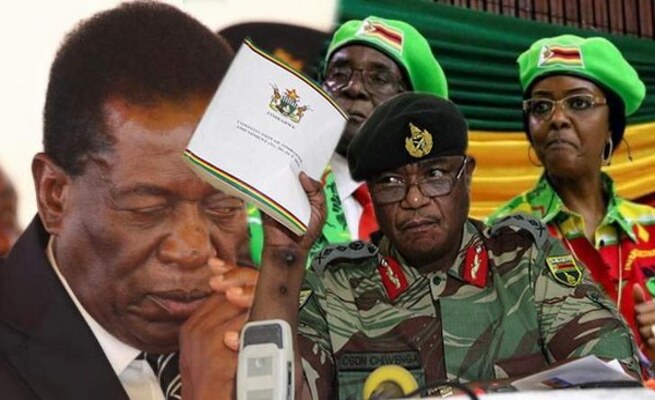 According to the court application filed Wednesday, Musengezi through his lawyer Nqobani Sithole cited Zanu PF as the first respondent and Mnangagwa as the second respondent.

“This a court application in terms of Section 14 of the High Court Act, Chapter 7:06 for declaratory orders and consequential relief in the following terms, a declaratur that the special session of the Central Committee of the 1st respondent (Zanu PF) convened on the 19th of November 2017 at the party’s headquarters in Harare from 10:00 to 16:00 hours was ultra-vires the provisions of the Constitution of the 1st respondent and, therefore, unlawful and null and void” Musengezi argues.

After the 19 November 2017 Zanu PF Central Committee meeting, the now late President Robert Mugabe was forced to resign immediately as the party and Zimbabwe’s president and was replaced by Mnangagwa.

However, Musengezi argues the meeting was illegal and invalid and should be set aside.

“A declaratur that all the resolutions of the special session of the Central Committee of the 1st respondent passed at the unlawful meeting concerned on the 19th of November 2017 are unlawful, invalid and accordingly set aside,” reads part of the High Court application seen by NewZimbabwe.

Musengezi is also praying for an order directing Mphoko, in his capacity as the lawful Vice President and Second Secretary of the 1st respondent, to convene and preside over a special Extraordinary Congress of Zanu PF.

He added the proposed congress would regularise the top leadership positions in Zanu PF.

“The position of the President and First Secretary of the party was occupied by his Excellency Cde Robert Mugabe, who was also the Head of State and Government and Commander-in-Chief of the Zimbabwe Defence Forces.

“Out of the two positions of Vice President and Second Secretary of the party only one such position was occupied by Cde Phelekezela Mphoko, the 5th respondent herein.

“The other position of Vice President and Second Secretary of the party was vacant after the 2nd respondent (Mnangagwa) was relieved of his duties as one of the two vice presidents of the country under the Constitution of Zimbabwe on the 6th of November 2017.

“Following his removal from the position of Vice President of the country, the second respondent for reasons I never understand decided to flee the country.”

Musengezi said at the time of his removal, Mugabe was not incapacitated to preside over a lawful convened session of the Central Committee in terms of Article 7 Section 38 of the party’s Constitution.

“He was at all material times seized with the internal affairs of the party in his engagement with the commanders of the Zimbabwe Defence Forces as evidenced by the subject of his televised speech on the evening of the 19th of November 2017 at the end of which he bid the whole country a good night with the famed Asante Sana remark.

“It is, therefore, clear that the pretext of alleged incapacitation of the top leadership of the party given by those who attended the unlawful and unconstitutional special session of the Central Committee meeting convened on the 19th of November 2017 is deliberately false and misleading.”

Musengezi said the conduct of Central Committee members that attended the purported special session and elected Mpofu to preside over the meeting was null and void.

“The 3rd respondent was at the material time the secretary for finance and the functions and responsibilities of that position are spelt out in Article 9 Section 49 of the party’s Constitution.

All the respondents are yet to file their opposing papers.