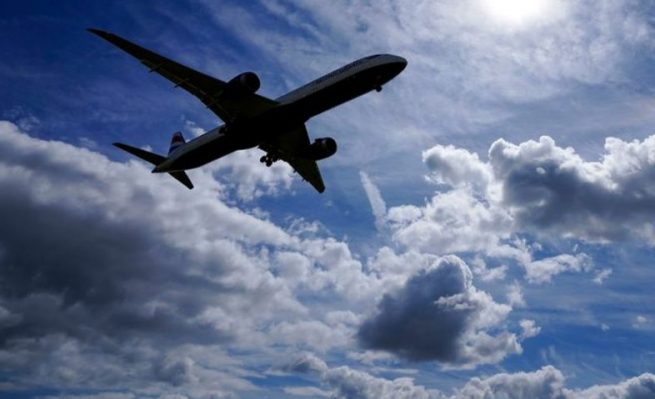 A man in his garden was “splattered” by human excrement that he claimed fell from a plane.

The Windsor resident contacted his local councillor to complain that an aircraft approaching nearby Heathrow airport discharged waste into his garden in July.

The incident was relayed on the Royal Borough of Windsor and Maidenhead’s aviation forum by Clewer East councillor Karen Davies last week, who said it was a “really horrible, horrible experience” for the man.

During the virtual meeting, the Liberal Democrat councillor asked whether there had been similar incidences in the past, and some councillors said that frozen waste had fallen onto properties in the area – but that it was very rare.

Ms Davies explained that she had been aware of reports of frozen sewage being dropped, but not raw sewage – according to the minutes of the meeting published on the council’s website.

However, Eton & Castle councillor and aviation forum chairman John Bowden suggested that the warm weather could have melted the frozen waste. He said that the chances of someone being hit by falling human waste is “one in a billion”.

Winkfield parish councillor Geoff Paxton, who has worked in the aviation industry for 40 years, said: “We used to have problems with blue ice [frozen human waste and toilet disinfectant] on arrivals but that was because those toilets used to leak.”

He added that vacuum toilets in modern aircraft are more secure, as they rely on pressure suction to work, but that “it could well be that something came out of the vent at low altitude”.

Boyn Hill councillor Andrew Hill asked whether airlines could be fined for failing to properly dispose of waste in the same way utility companies are for discharging sewage into water supplies.

Cllr Bowden said this would come from a statutory instrument from the Civil Aviation Authority or from an MP proposing a bill – but added that it was likely the proposal would be argued down due to the isolated nature of such an incident.

She added: “So he’s just sort of had to take it on the chin.”

The name of the airline has not been shared, but the BBC reported that Ms Davies said the airline was “based a very long way away from here”.

The resident contacted the airline, which denied its plane was in the area, but then later acknowledged the incident after the man was able to identify the aircraft via a flight tracking app.