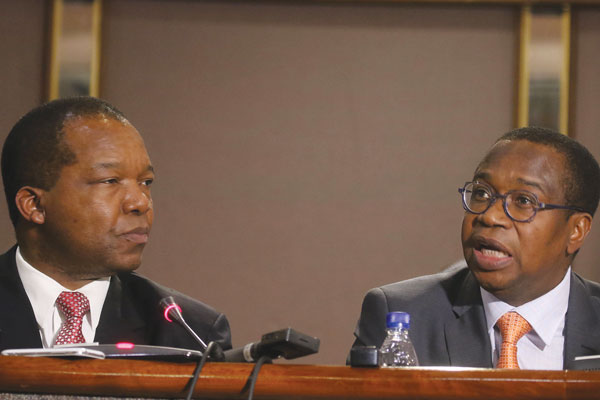 ZIMBABWEAN authorities shut down a popular black-market currency-tracking platform, the latest action to try and stop an accelerating decline in its currency.

The central bank ordered marketwatch.co.zw and other sites that publish parallel-market currency rate to shut down, Governor John Mangudya said in a phone interview on Tuesday.

The website has been used by residents and businesses to guide their purchases of foreign exchange on the streets of the capital, Harare, which they are forced to resort to when weekly central bank auctions don’t provide enough to meet demand.

“It’s cybercrime,” Mangudya said. “How is the rate determined on the computer? It’s based on nothing but hot air.”

Marketwatch.co.zw was unavailable on Wednesday morning, with a notice saying: “Sorry, this website is no longer in service.”

The Zimbabwean dollar weakened 3.2% on Tuesday to 93 per dollar — the biggest decline in 14 months. It’s plunged to about 175 per dollar on the parallel market in recent weeks.

Instability in the foreign-exchange market is being driven by an unrelenting growth in money supply, increasing imports and long delays in settlement at the central bank’s weekly currency auction, the Chamber of Zimbabwe Industries said last week.

To halt the currency’s decline, authorities have taken steps including arresting black-market traders and launching a probe into a currency abuse claim against Simbisa Brands, the nation’s largest fast-food giant.

Businesses that peg their prices using unofficial market rates have been threatened with having their operating licenses revoked.