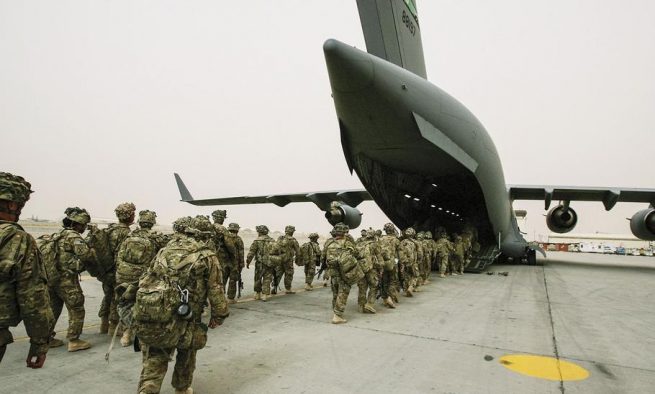 US President Joe Biden has said the United States would come to Taiwan’s defence if the island were attacked by China, in comments that appeared to be a departure from a longstanding US policy of ‘strategic ambiguity’.

“Yes,” he responded when asked in a CNN town hall about defending Taiwan, whose government has been under mounting military and political pressure from Beijing, which claims the island as its own. “We have a commitment to that.”

The US has for years maintained a policy of “strategic ambiguity” under which it provides key military support to Taiwan, but does not explicitly promise to come to the island’s aid in the event of a Chinese attack.

The White House later told reporters that US policy on Taiwan had “not changed”.

“The US defence relationship with Taiwan is guided by the Taiwan Relations Act. We will uphold our commitment under the Act, we will continue to support Taiwan’s self-defence, and we will continue to oppose any unilateral changes to the status quo,” a spokesperson said.

In August, a Biden administration official said US policy on Taiwan had not changed after the president appeared to suggest the United States would defend the island if it were attacked.

Earlier this month, President Biden appeared to suggest there was an ‘agreement‘ between China and the US over Taiwan.

China has stepped up pressure on Taiwan in recent months and sent dozens of its aircraft into the islands’ air defence identification zone (ADIZ) in a series of sorties that started on October 1, China’s National Day.

Taiwan’s Defence Minister Chiu Kuo-cheng said earlier this month that military tension across the strait was at its worst in more than 40 years, and that China would be capable of mounting a “full-scale” invasion by 2025.

Taiwan says it is an independent country and will defend its freedoms and democracy.

China, which has been modernising its armed forces and developing advanced weaponry, has denounced what it calls “collusion” between Washington and Taipei.

Asked by an audience member at the town hall whether the US would be able to keep up with China’s rapid military development, Biden also said, “yes”.

“China, Russia and the rest of the world know we’re the most powerful military in the history of the world,” he said.

“What you do have to worry about is whether or not they’re going to engage in activities that would put them in a position where they may make a serious mistake,” Biden said.

On Thursday, the Financial Times reported China has tested two hypersonic missiles – one in July and one in August – in a move that had ‘stunned’ the US.

The United States and Russia are also developing hypersonic weapons, which are more difficult to defend against than existing ballistic missiles.

News Muza Mpofu - 14 April 2022 0
VICE president Constantino Chiwenga’s estranged wife, Marry, has been caged one year after she was convicted of attempting to upgrade her customary marriage. She however...

Videos & Pics Muza Mpofu - 14 April 2022 0
SOCIALITE Limunitsa Dumbisa Jemwa was the talk of the day at the Harare Magistrates’ Courts yesterday. She was, somehow, allowed to enter the court even...

Drama as smallhouse spills beans, sends her photos with boyfriend and child to boyfriend’s...

News Cynthia Goba - 14 April 2022 0
A LOCAL businessman’s small house says she is enduring physical and emotional abuse from her married lover who reportedly threatens to withdraw his support...

President Mnangagwa joins South Africans in mourning 300 people who were killed by floods...