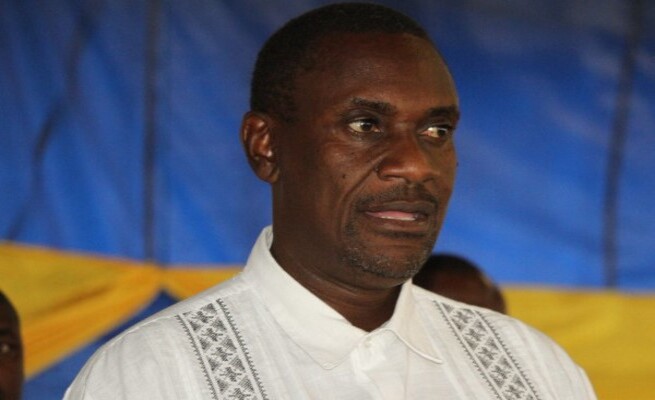 Mudha, as he is more popularly known, has been fighting to wrest the provincial chairmanship from the incumbent, Daniel Mackenzie-Ncube.

The latter was last month forced to issue a strongly worded statement rebuking him and members of his camp for fanning factionalism in Mnangagwa’s home province.

Mudha’s bid was being supported by Local Government minister July Moyo, who considers himself as the province’s godfather but faces stiff competition from his cabinet and politburo counterpart Joram Gumbo who also claims the honours.

The two are sworn, long-term adversaries.

The sources said Mnangagwa summoned Mudha to a meeting where he strongly chastised him for his role in the ongoing rumpus. Mnangagwa also warned Mudha that unless he renounces his bid for the party provincial chairmanship, he would be left with no option but fire him from the lucrative ministerial job.

And, as reported by NewZimbabwe Friday, Mudha opted to retain the ministerial job and bowed out of the race, preferring instead to throw his weight behind another claimant, Edson Chiherenge Chakanyuka.

It has since, however, emerged that Mnangagwa also asked the province’s heavyweights to propose three names of potential candidates for the chairmanship and they submitted only the name of Larry Mavima, the current minister of State for Provincial Affairs, thereby leaving Chakanyuka in the cold.

Nevertheless, July Moyo’s camp has not stopped campaigning for him.

“The real reason why Mudha dropped out of the chairmanship’s race is that he was summoned by the president and told in plain terms that if he continues to on that path, he would have to be fired,” a Zanu PF politburo source said.

“He was given two options, either to focus on the chairmanship and lose the ministerial position or to renounce his interest in the chair and keep the job. The president’s concern was that he holds a very demanding official job which cannot be double crossed with an equally demanding party position. So he has since decided he wants the ministry more,” the source said.

“After that, we were all called in by the president and told to come up with three names who will contest for the chairmanship. However, the leadership overwhelmingly endorsed Larry Mavima. No other name was submitted, which means Chiherenge was omitted. His camp though has not stopped campaigning regardless of that and thinks it can brew a shocker,” the source added.

“They may be hopeful, which is okay, but they stand virtually no chance.