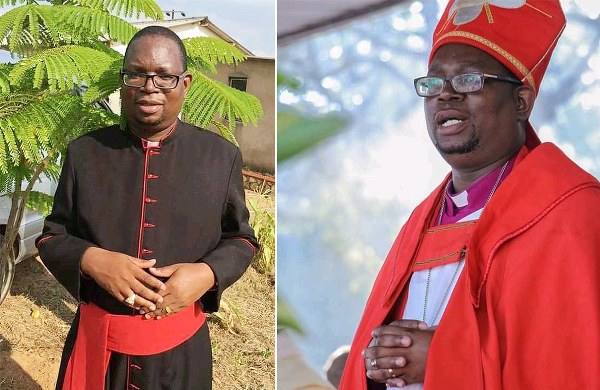 They were each granted $60 000 bail, and ordered to report once every Friday at CID Mutare, and not to interfere with State witnesses.

Allegations were that in May, the church’s standing committee ordered principals at St Augustine’s, St Mathias Tsonzo, St Faith’s, St David’s Bonda and St Mary’s Magadalene to collect unapproved mission funds from pupils intending to enrol at these schools.

Mutare District Area public prosecutor, Mr Tirivanhu Mutyasira said the suspects resolved that parents, and guardians of pupils were to pay a pre-conditional mission fund of US$500 for Form One, and US$900 for Form Five pupils before they could be enrolled in the Anglican Diocese schools.

The court heard that there was no option of payment plan for the mission funds as it was supposed to be paid once-off.

“Those without the required amounts would not secure the places,” said Mr Mutyasira.

As a result, the court heard, the parents and guardians were forced to pay US$276 250 at the five schools as mission funds. The respective school principals were also dragged to court for demanding and collecting the mission funds.

They were granted $40 000 bail each with reporting conditions.

Apart from reporting once every Friday at CID Mutare, the principals were told not to interfere with the parents and guardians of pupils who were allegedly arm-twisted to pay the levies.

“The complainant is the State represented by Manicaland Provincial Education Director, Mr Edward Shumba. The Anglican schools are registered in terms of the Education Act and Section 21 of the same Act, Chapter 25:04 which governs the fees and levies payable at non-Government schools.

“St David’s Bonda is a school registered in terms of the Education Act, and Section 21 of the same Act, Chapter 25:04 governs the fees and levies payable at non-Government schools,” said Mr Mutyasira.

It is alleged that sometime in May, Mr Shumba received a report that the accused persons were collecting unapproved mission fund from pupils intending to enrol at their schools.

The pupils were selected on the online platform for Form One places which is managed and operated by the Ministry of Primary and Secondary Education.

Sometime in February, the Responsible Authority allegedly exerted pressure on parents and guardians to pay a pre-conditional mission fund of US$500 with no option of paying in local currency (RTGS) for Form One enrolment to the Anglican Diocese before they could be formally enrolled at the schools.

Form Five pupils were ordered to pay US$900. The court heard that the suspects had no right to charge pupils mission funds as it had not been approved by the Ministry, thereby contravening Section 21(1) (a) (b) of the Education Act Chapter 25:04.

The cases will go for trial on November 4, and the State is in possession of receipts which were issued to the parents after paying the unauthorised mission funds.

Those who paid the pre-conditional mission funds were duly given offer letters which will be produced in court as well as evidence.