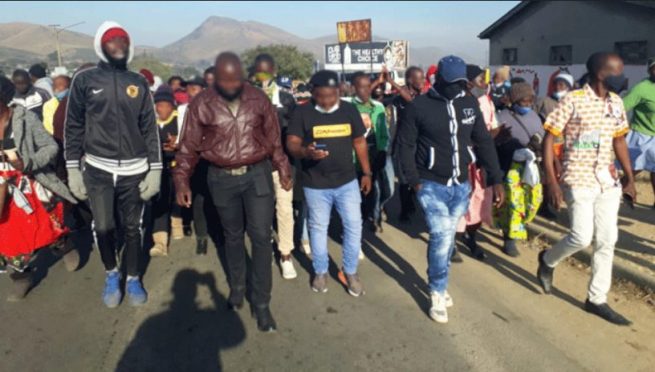 The youth, led by party activist Alex Gakanje, haggled with the police, refusing to vacate the private premises until the law enforcement officers threatened to arrest them.

Addressing the Press conference, MDC Alliance spokesperson Fadzayi Mahere said despite the attacks in Masvingo and Mutare, Chamisa was determined to conduct rural outreach programmes in other provinces throughout the country.

“The key message that we get from the citizens that we engage is that Zimbabwe’s crisis continues to deepen. The crisis is characterised by poverty, injustice and chronic corruption,” Mahere said.

“We continue to see the political implosion which calls for deep systematic political reforms. We continue to call for electoral, political and economic reforms so that Zimbabwe can return to legitimacy and democracy.”

“We are aware that Zimbabwe has lurched from crisis to crisis, a political crisis for a very long period of time — a crisis of legitimacy,” he said.

“Over several decades now, we have had disputed elections after disputed elections, which arise because of the huge deficit in governance manifested mostly during elections. There are issues to do with the capture of the law, which have reached unprecedented levels which we never reached during (the late former President Robert) Mugabe’s rule.

“The violence which is taking place continuously and violation of basic rights established shows that all that is wrong with Zimbabwe.”