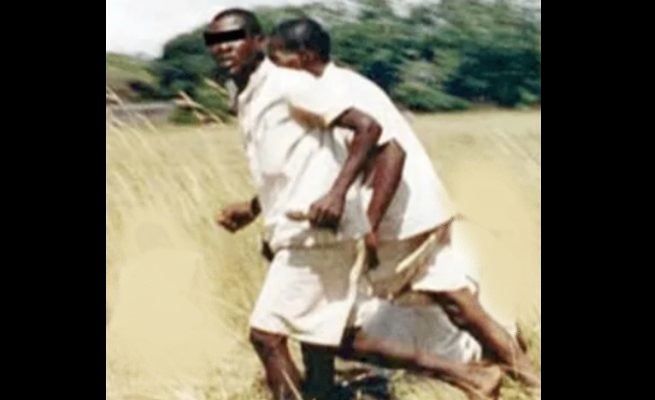 THREE inmates that were serving a combined 30 years in prison escaped from police cells in Bulawayo after being brought in for indications.

The suspects were convicted of robbery in May and were serving their sentence at Whawha Prison near Gweru.

They were brought to Bulawayo on Saturday to answer to unlawful entry, rap_e and robbery charges, which they allegedly committed in Nkulumane suburb.

The suspects are said to have escaped from police cells at around 7.30PM after allegedly overpowering three cops.

Their escape has prompted the Zimbabwe Republic Police to institute investigations to establish what really happened.

“The investigations have already started to establish what really happened leading to the escape of the accused,” said Asst Comm Nyathi.

He said the suspects, who were inmates at Whawha Prison, were wanted for unlawful entry, rape and robbery they committed in Bulawayo hence they were taken to the city for indications.

Asst Comm Nyathi appealed to people who might have information on the whereabouts of the escapees to contact any nearest police station.

Police sources said the trio was on the police wanted list until it emerged that they had been convicted in the Midlands.

“They escaped when new officers were taking over. When the officers visited the cells to count inmates, the trio requested to be fed but their request was turned down as they had eaten just a few hours earlier.

“One of the suspects then attacked a police officer enabling him and his accomplices to escape. In the vicinity were two other police officers who failed to block them as they escaped,” said a source.

The escapees were each sentenced to 10 years in prison for robbery in May.

This was after they were arrested for breaking into a police officer’s home in Kwekwe armed with an axe and knives demanding cash.

The suspects got away with the complainant’s car, which was later found dumped 12km from Kwekwe along the Gweru- Kwekwe highway.

In May, Moses and Gwatiedza were also charged for rape after they se_xually attacked two girls aged 14 and 17 years in Redcliff.