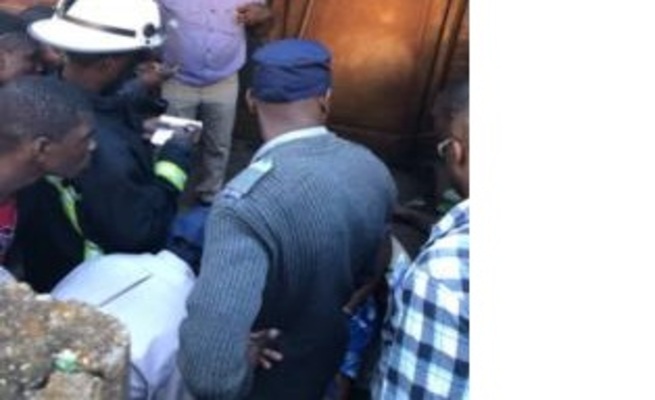 A Chitungwiza man is evicting his own brother from his house claiming he has attained legal age of majority.

Ephraim Paradzai has summoned his brother Walter Paradzai (30) to court claiming right of occupation at his St Mary’s house.

According to the summons filed before the court, Ephraim allegedly bought the stand in 2014 before he allowed Walter to stay on the property until he attained legal age.

However, Walter is believed to have relocated to Ruwa and later returned to stay with Ephraim after he had completed building a five roomed house.

Ephraim bought stand No. 645 St Mary’s Chitungwiza from the Chitungwiza City Council. He then constructed a tiled five roomed house and a security wall on the stand.

“I allowed Walter to stay on the property until he has attained legal age of majority.

“He is in excess of 30 years of age and is no longer dependent on me for sustenance,” said Ephraim in his claim.

He said he has exhausted all channels to evict his brother but he has not left the property.

“Despite demand, Walter has refused, neglected and failed to vacate the aforementioned stand for no apparent reason,” reads the summons.

Now, Ephraim wants the court to make a determination and to evict his brother together with all those claiming right of occupation through him.

The matter is pending before the courts.

Man moves to evict his own brother from his house: He has attained legal...

News Muza Mpofu - 25 November 2021 0
A Chitungwiza man is evicting his own brother from his house claiming he has attained legal age of majority. Ephraim Paradzai has summoned his brother...

News Sekai Moyo - 25 November 2021 0
A City of Harare employee was yesterday dragged to court after he reportedly terminated a 14-year-old girl’s preg_nancy illegally. Justice Chinyadza, 45, was not asked...

News Muza Mpofu - 25 November 2021 0
A 30-year-old Gweru man lost his motor vehicle to thieves in the early hours of Tuesday morning at his home in Ascot. According to the...

News Sekai Moyo - 25 November 2021 0
A Guruve man reportedly struck his lover on the forehead killing her instantly after a misunderstanding. The suspect Jordan Chikazhe, 45, appeared before Harare magistrate...

News Muza Mpofu - 25 November 2021 0
The South African government has resolved not to extend special permits to Zimbabweans but has given beneficiaries of the previous scheme a-12-month grace period...

Many people including married women are pr0stitutes, shocking details emerge

News Tshuma Rueben - 25 November 2021 0
CONSTANCE Mathe from the Asijiki Coalition said there’s a mistaken belief that se_x workers are only those who do it openly on the streets. She...

Fireworks as AFM leader Reverend Amon Madawo moves to kick 8 pastors out of...

News Muza Mpofu - 25 November 2021 0
British and French officials traded blame on Wednesday after 27 migrants died when their dinghy deflated as they made a perilous crossing of the...
Loading...