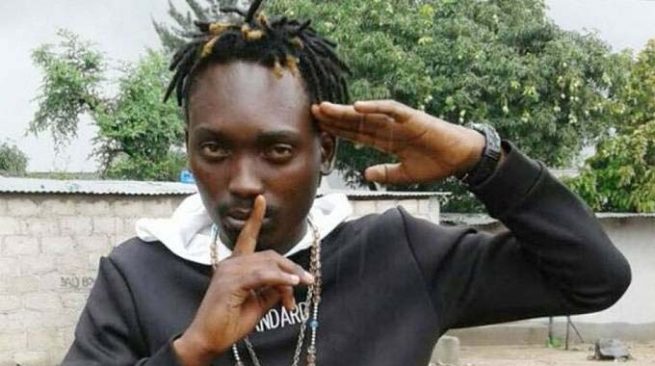 It is alleged that Silent Killer and his crew confronted Kamudyariwa over an undisclosed issue.

Tension escalated during the clash.

According to DJ Fantan, Tinashe was then thoroughly bashed and suffered serious injuries. He is currently admitted at Harare hospital where he is seeking treatment.

“We ferried him to Harare Hospital and he was in a serious condition,” said DJ Fantan.

“Silent Killer was arrested by ZRP Mbare and he is in custody at Mbare Stodart,” said Assistant Commissioner Nyathi.

Man sneaks into businessman’s office and steals US$2 500, gets arrested after buying a...

News Muza Mpofu - 17 August 2022 0
A MEDICAL doctor based at Karoi District Hospital, and nine accomplices, who include an anaesthetist, a nurse and laboratory scientist, have been arrested for...

Latest on case of CCC activists who were abducted, tortured and dumped in Muchapondwa...

News Muza Mpofu - 17 August 2022 0
POLICE have been accused of trying to cover up the abduction of Citizens Coalition for Change (CCC) activists Joanah Mamombe and Cecilia Chimbiri who...

News Muza Mpofu - 17 August 2022 0
Workers in the mining industry have been awarded a 78,45% wage hike following collective bargaining negotiations, which will see the lowest paid employee in...

News Tanya Mugabe - 17 August 2022 0
A Zanu PF legislator and four others have been arrested for alleged fraud and money laundering amounting to US$5 million. In a statement, the Zimbabwe...

Blog Muza Mpofu - 17 August 2022 0
SHE might have relocated thousands of miles away from our beautiful city, but her appalling shenanigans will certainly not escape Blabber’s long lenses. At some...

News Sekai Moyo - 17 August 2022 0
THE opposition Citizens Coalition for Change (CCC) says it will not be caught napping as the country heads for the 2023 polls. And to ring-fence...

News Muza Mpofu - 17 August 2022 0
FREE STATE police have arrested a 72-year-old gogo for being in possession of drugs and 56 bank cards in Matlakeng, Zastron. According to Sergeant Mahlomola...