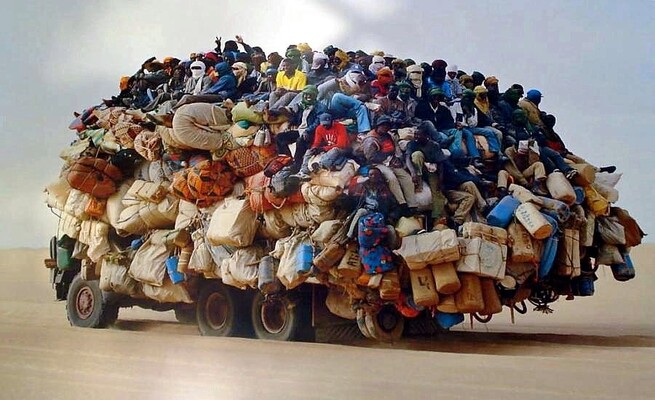 South Africa announced it will end a more than decade-old program that allowed about 200,000 Zimbabweans to live and work in the country, weeks after a new anti-immigrant party scored spectacular electoral gains.

The Zimbabwean Exemption Permit will lapse at the end of the year and their holders will then need to apply for different kinds of visas to stay or will be deported after a 12-month period, the Cabinet said in a statement on Thursday. There are few other permits they can apply for.

South Africa has a population of about 60 million, about 3 million of whom are migrants, according to the national statistics agency. Many of those are Zimbabweans driven south by two decades of political repression and economic collapse. The majority are undocumented and the ZEP only applies to those who registered at its inception in 2009.

“It’s going to result in a humanitarian disaster,” said Sharon Ekambaram, head of the Refugee and Migrant Rights Programme at Lawyers for Human Rights in Johannesburg. “It’s a very inhumane decision.”

In a municipal vote held on Nov. 1, ActionSA, a party formed by former Johannesburg Mayor Herman Mashaba, won 16% of the votes in Johannesburg in its first electoral outing and a large proportion of the ballot in the capital, Pretoria. Mashaba has consistently demanded that undocumented migrants be deported. The ruling African National Congress won less than half of the vote nationally for the first time.

South Africa has been plagued by recurrent bouts of xenophobic violence since at least 2008, with foreigners often accused of taking jobs in a country where a third of the workforce is unemployed.

The announcement may be an attempt by the government to placate voters before national elections in three years, Kaajal Ramjathan-Keogh, Africa director for the International Committee of Jurists, said on Twitter.

Meanwhile, the onus is now on Zimbabwean leader, Emmerson Mnangagwa and his Executive to take advantage of the given 12-month grace period to stabilise the economy and absorb these returnees into the formal job market.

Anything short of this would certainly cause a spike in crime rate as they try to adjust to a life in an informalised economy. It must be borne in mind that the majority of these people crossed the borders to eke a living and provide for their families back home, so government has to ensure they don’t feel out of place on their return.

In fact, Finance minister Mthuli Ncube on Thursday summed it up when he admitted that the diasporans were a key factor in the country’s economy after they pumped in an estimated US$1,5 billion into the economy this year.

It is a fact that the decision by the South African government would throw into poverty the many families which survived on cash remittances from across the Limpopo.

The bulk of the money sent home was used to finance everyday household survival, in particular school fees, groceries and utilities.

The remittances also took the form of basic groceries, medical supplies, clothing and other household items, due to the limited availability and cost of these items in Zimbabwe.

But with the expiry of the permits and prospects of deportations, this spells doom to the immigrants and their families back home that relied on them.

A decrease in goods and cash remittances could only exacerbate poverty and increase crime. It is time that authorities fix the country to ensure a better life for all Zimbabweans without worrying about the need to risk the crocodile-infested river crossing illegally into South Africa should that country carry out its planned deportation of undocumented Zimbabweans.