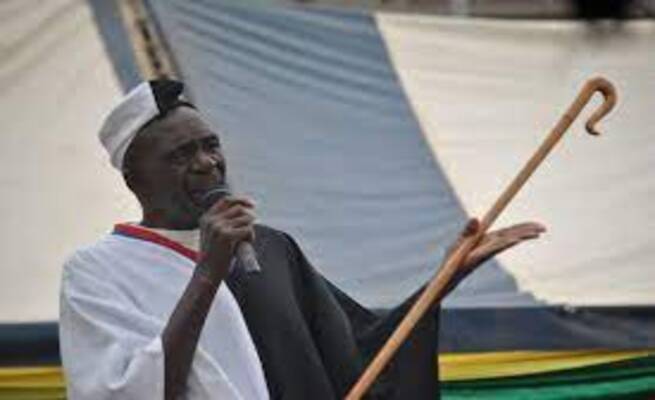 Controversial musician Hosiah ‘Vapange’ Chipanga has said he has made numerous attempts to engage President Emmerson Mnangagwa to take heed to advice on how to govern the country following God’s revelation to him if the country is to be delivered from the current problems it is facing.

Chipanga claims that all his attempts were in vain and says God came to him in 1977 through a vision with a revelation on how the creator wanted Zimbabwean leaders to lead the country enroute to becoming light of Africa and the world.

“It was on September 13, 1977 when the holy spirit descended on me and a new world different from the current one was shown to me and thereafter everything and the means to live in such a new world was taught to me. It is from that time until today that I have tried to approach my country leaders on how best our Creator wants Zimbabwe to be led and become the light of Africa and the whole world.

“The vision says everything about how people should live, together with how they should be governed in the kingdom of God on earth. To the President, I would advise him on how he can tackle the problems the country is facing using God’s advice and ideology,” said Chipanga.

He said Africa inherited an ‘evil system of governance’ from former colonial masters and that copying other nations will not work out.

“In other words, we as Africans inherited and still copy the evil systems of governance from our colonizers yet Zimbabwe by the Creator has a new system of governance and living reserved for it as a chosen country.

“No matter how accurate we may copy, it will not work for Zimbabwe until we discover our reserved peculiar route,” he added.

Chipanga said the current model of governance by government is more like upside down when compared to the ideal model.

His social commentary continues with the recently released hit ‘Polad’ in apparent reference to Political Actors Dialogue which encourages political players to unite for the sake of developing the nation.