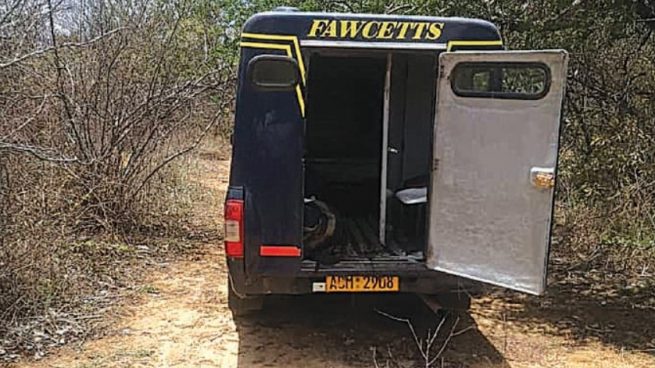 Allegations are that the accused persons and four others who are still at large hatched a plan to steal Fawcett Security Company cash which they had been assigned to transport from Bulawayo to Harare.

They were using a company vehicle being driven by Mapfumo. In Bulawayo, the accused picked a certain Lizhu who is not their fellow employee and traveled with him in the same vehicle with the cash.

Allegations are that while on the way and near Connemara Open Prison Mapfumo, who was driving the vehicle, stopped. While at that place they were joined by four other accused persons who are at large and were driving a white Honda Fit vehicle.

The accused persons connived and decided to pretend to have been robbed. They broke the three cash boxes using a bolt cutter they had carried for that purpose and took the cash amounting to US$334 290.

Mapfumo, Nhamo, Chisambadzi and Moyo then proceeded to the Police and made a false robbery report.

Upon investigation the police realised that there was never a robbery. They recovered US$18 750 through indications made by accused Lizhu.

The State was represented by senior prosecutors Mr Fredrick Matsheza and Magaret Mukucha.