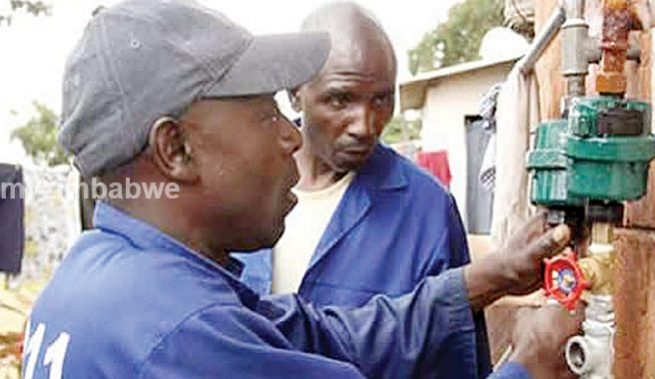 Harare residents have slammed the water disconnection exercise started by the local authority this week saying the move is ill-timed especially in the face of Covid-19 and potential cholera outbreaks this hot season.

Council employees began disconnecting water supplies on Tuesday with the affected being those with debts above $2 000.

In Warren Park 1 high density suburb, there were allegations that some council officials were demanding kickbacks to spare those with huge debts.

“They are not issuing residents with accurate bills. The city’s billing system is chaotic and unreliable. The majority of the household water meters in Warren Park are functional but the City of Harare has been using estimated water bills which range above$2 000 for water consumption per month.

“Meter readers are not carrying out their duties and the reason residents do not pay their bills in full is the fact that the City of Harare has dismally failed to be responsive to citizens’ needs,” he said.

“They have to cut down their rates and be more transparent and accountable with the revenues that they are currently generating.

“Residents report burst water pipes and burst sewer pipes but the council officials give multiple excuses to justify their inaction. Water disconnections without addressing the attitude of council workers will never yield the desired results,” he said.

Combined Harare Residents Association programmes manager Mr Rueben Akili said it was irresponsible to disconnect water when it was key in handwashing, especially during such a pandemic.

“As an association, our message has been clear that residents should pay for services rendered. However, when water disconnections are conducted, procedural safeguards (providing alternative water sources) before and after the disconnections must be in place.

“The City of Harare must also address the fundamentals contributing to non-payment of rates. The other challenge is that water is disconnected when a ratepayer fails to pay for other services other than water. We further call for the separation of the water bill from other services,” he said.

Mr Akili said this also comes against a background where the council billing system is opaque and crooked.

“We have said it before as residents and we continue reiterating the same. The city fathers have to perform in a way that residents see befitting to pay their bills. Surely if service delivery remains this poor, residents will not pay the bills,” he said.

Harare City Council spokesperson Mr Michael Chideme said the exercise was targeting all debtors and was meant to recover about $14 billion owed to the city.

“I can confirm water disconnections for debts above $2 000 are taking place. The response is very encouraging. Residents are coming to pay and making debt settlement arrangements,” he said