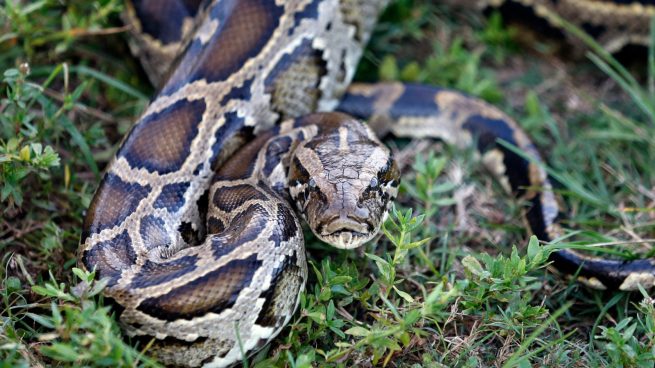 STUDENTS and lecturers at Esigodini Agricultural College are now living in fear after a number of pythons were found in the college premises.

It is understood that the college which is about 40 kilometres away from Bulawayo has recorded several python sightings around their premises.

A few months ago one python was found in the pottery by one of the students who was carrying out their broiler project.

The python had swallowed nine chicks and hidden itself under the grass. Then another python was found in the fields hunting for birds.

The vice principal for Esigodini Agricultural College, Farai Gomo said there were many pythons because there was once a man who used to keep different types of snakes around the area.

“When he left, he freed all the snakes and this is why some of the pythons have dominated the college,” said Gomo.

“I once found a black mamba in my compound and another python was found along the fence at the principal’s house,” he added.

He advised residents and everyone in general not to walk during the night especially if they know that their environment is dominated by snakes.

“I advise people not to walk at night especially in places where pythons and different types of snakes are dominant.

When they come across pythons they should not provoke it because it is not a violent snake,” he said.

Meanwhile, officials said officers from the Department of Parks and Wildlife Management had collected some of the pythons at the college.