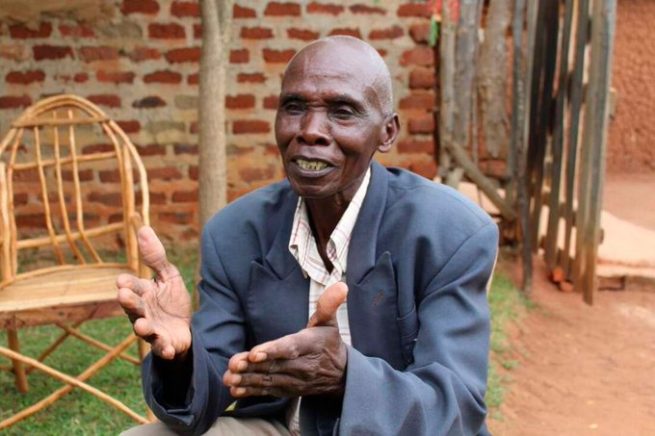 A Kenyan father has sued his adult son demanding 20% of his salary to go towards his monthly upkeep.

Gideon Kisira Cherowo, 73, says he sold his land and most of his assets to pay for his son’s education up to university level.

The father who has four sons says only one is employed at the Kenya Airports Authority.

Mr Cherowo’s family lives in a mud house in his village in western Kenya.

The Daily Nation newspaper tweeted a photo of the man.

He alleges that his son has not come home for the last 17 years and the family has asked for his help in vain.

Mr Cherowo told the court that he could not afford the services of a lawyer and brought his youngest son as a witness.

The son told the court that his eldest brother had abandoned the family after landing a job in the capital Nairobi.