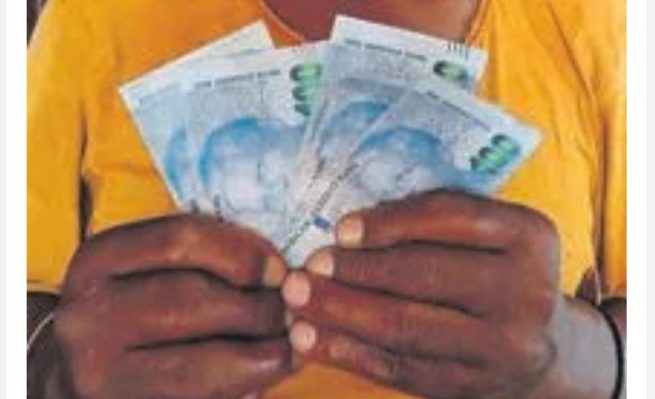 IT SEEMS fong-kong money from ATMs and other social grant pay points is becoming a problem, especially among pensioners.

Pensioner Richard Lekhuleni has come forward after he received R500 in fake notes from an ATM.

Richard (76) from Mmakaunyane in the North West said this has affected his plans.

“I’ve been using this bank for years and when I retired, I continued to withdraw my pension through it,” he sobbed.

Madala said the withdrawal was made from an FNB ATM in Central City, Mabopane, last week. But he was not sure about the date.

“I was shocked when I went to buy toiletries at a shop, only for the cashier to tell me the notes were fake.”

He said his grandson was nearly attacked after he was sent to buy bread at a local shop with a different note, also found to be fake. He said although he went back to the bank, he was told there was nothing they could do.

“What should I do with R500 that is fake? I even went to the bank, but I was told they can’t assist me. Instead, they explained what fake notes look like, but could not replace my money.”

His sister Martha Mbatha (63) said they were still shocked, and were hoping that the bank would replace the notes.

“His grandson was nearly attacked. Those people even came to ask where he got the money from, and we explained that it was withdrawn from the ATM. We just want the bank to do something because we need that money,” said Matha.

“Fake money ends up in ATMs after being swapped by the custodians because their main role is to ensure that the terminals are correctly stocked. They use the opportunity to swap notes. That’s their criminal modus operandi.”

Rafadi urged customers to report the matter to the bank as it would have records of the custodians.

Lee-Anne van Zyl, CEO of FNB points of presence, said the bank had measures to ensure that the integrity of the notes complied with regulatory standards.

“As a result, the claim of counterfeit notes at one of our ATMs is highly unlikely. We have contacted the customer to get more information and due to the limited info, we cannot provide further details.”