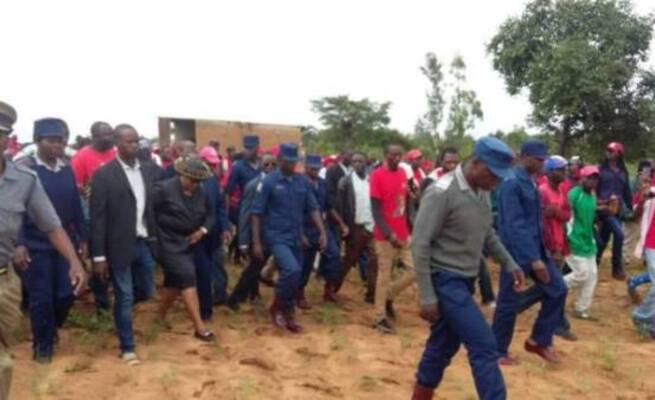 OPPOSITION party MDC-T deputy president Dr Thokozani Khupe, together with Gweru Mayor Councillor Josia Makombe and his Chitungwiza counterpart Clr Lovemore Maiko, have approached the High Court seeking an order barring the party leadership from recalling them from their parliamentary and council seats.

The trio, through its lawyer Mr Nqobani Sithole of Ncube Attorneys, filed an urgent chamber application at the Bulawayo High Court challenging their imminent recall.

In her founding affidavit, Dr Khupe said the resolution by the party’s national council on November 26, 2021 to recall them was in violation of the party’s constitution, arguing that it was reached in their absence.

“This is an urgent chamber application to interdict the first, second, third and fourth respondents (MDC-T, Mr Mwonzora, Mr Komichi and Ms Mupariwa) from putting into effect, a decision of the party’s national council taken on November 26, 2021.

The decision by the four respondents seeks to withdraw the party members and officials serving in rural, urban or provincial councils and in the National Assembly, both Parliament and the Senate,” said Dr Khupe.

She argued that their imminent recall is based on the arbitrarily and spurious suspicion that they are politically consorting with competing political organisations.

“I am regarded as a threat to the second respondent (Mr Mwonzora)’s presidential position in the party.

It was particularly alleged that I was at the head of those that were sympathetic to our political nemesis, Zanu-PF yet others were politically consorting with a competing political party, the Movement for Democratic Change Alliance,” said Dr Khupe.

“The meeting aforesaid was chaired by the third respondent (Ms Mupariwa), and it degenerated into a slanging match, by which at the end of the day, our names as applicants among others, were shouted out from the floor as the names of persons that should be recalled.”

Dr Khupe argued that those that stood accused were not afforded the opportunity to be heard.

“The MDC-T national council also violated the basic principles of natural justice in that we were condemned without being heard.

The decisions thereof were arbitrary, these being no rational criteria to determine the alleged political infidelity of one,” she said.

The three applicants have since filed an application for review of the party processes under HC 1940/21.

“I have applied for a review of party processes, procedures and outcomes in relation to MDC-T national council meeting of November 26, 2021, seeking that such be reviewed and set aside,” she said.

Dr Khupe said their application of review has bright prospects of success. She, however, said her fears were that by the time the remedy of review is availed to them, the party and four respondents mentioned in court papers would have achieved their unlawful recalls.

“The urgency is in that, as evidenced by the second applicant (Clr Makombe’s) letter of recall that he has been invited to sign on December 12, 2021, the party intends to ambush, embarrass and dehumanise the officials it has targeted for recall. This is evidenced by the party’s call on him to vacate his official residence and surrender the official motor vehicle issued to him,” she said.

“I, therefore, seek an order prohibiting first, second, third and fourth respondents from illegally recalling and subsequently expelling the three of us or any such member as was targeted by the resolution of the party’s national council meeting of November 26, 2021.”

Councillors Makombe and Maiko also deposed of their supporting affidavits. The respondents are yet to respond.