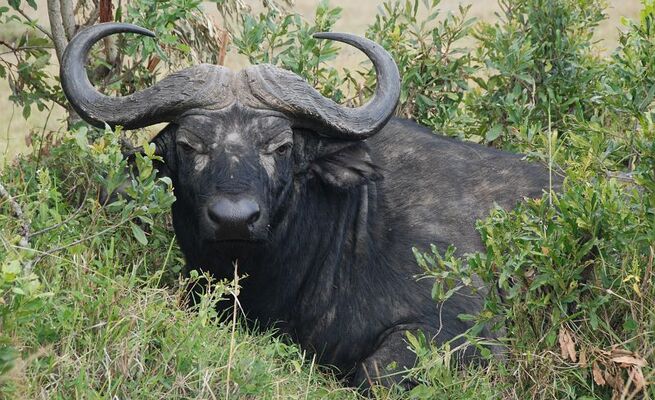 A professional hunter has killed a wounded buffalo that gored a game scout and a fish poacher to death at Mteri Dam Wildlife in Chiredzi on Saturday.

The buffalo was tracked and killed by a single bullet from 80 metres away by Chris Davies on Tuesday at around 3pm.

Tongaat Hulett Corporate Affairs and Communications manager Isheanesu Chinhuru confirmed the Buffalo’s killing in an interview with The Mirror.

Chinhuru said that Davies and his team began tracking the Buffalo on Tuesday morning and took it down near the dam.

The Buffalo gored Mashava Ian Thuli (33) a fish poacher on his left leg as he ran away from four game rangers who were tracking the wounded beast near Mteri Dam at around 5am. He screamed after the attack and was rushed to Chiredzi District Hospital where he died upon admission.

Meanwhile the rangers continued to look for the buffalo and at 1pm, they came across the buffalo and Patson Tekedesa fired at it and missed. The buffalo charged at Stephen Njanji (62) who was trying to climb up a tree and it attacked him and gored him on the stomach and he died on the spot.

“The wounded buffalo which killed a game ranger and a poacher on Saturday was tracked down by Davies who is a Chiredzi based professional hunter together with his team,” said Chinhuru.