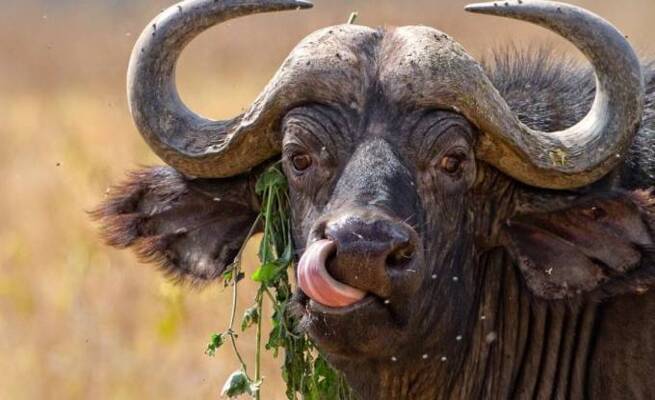 This comes amid revelations that this year over 70 people have been killed by different wild animals countrywide in human-wildlife conflicts.

In the latest incident; Ian Mashava (33) of Tshovani, Chiredzi who was in the company of his friends succumbed to the buffalo attack after they had attempted to hide from game rangers from Zimparks who were patrolling the area looking for fish poachers.

She said the buffalo attacked the group at a thicket they were hiding from in a bid to evade arrests by the rangers.

“On 11 December around 5am the now deceased, Mashava, was coming from fishing at Muteri Dam with his colleagues when they saw game scouts. They then sought refuge in a nearby thicket, to evade arrest, unfortunately a buffalo emerged from nowhere and gored Mashava,” said Asst Insp Ndlovu.

The police spokesperson said after the attack, Mashava’s accomplices escaped and left him lying down.

The rangers rushed him to Hippo Valley Medical Centre, where he succumbed to the injuries.

“The scouts later returned to the thicket hunting for the buffalo. One of them, Patson Tekedesa (39) shot the buffalo on the nose which, however, made the animal to be more aggressive and it charged towards the scouts. The scouts ran away from the scene in different directions and the leader of the team, Stephen Njanji (62) was attacked and killed while trying to climb a tree,” said Asst Insp Ndlovu.

The bodies of Njanji and Mashava were taken to Chiredzi General Hospital mortuary.

Meanwhile, Zimparks spokesperson Mr Tinashe Farawo also confirmed the incident revealing that one of the scouts was also receiving treatment at the Chiredzi General Hospital after the attack.

He said such attacks happen frequently with around 50 people having been attacked this year by different wild animals and 71 killed during such conflicts.

“Nearly 50 people were attacked this year by different animals and those who have been killed are about 71 in the human wildlife conflict cases countrywide,” said Mr Farawo.

Human-wildlife conflict in Zimbabwe is largely attributed to a growing animal and human populations.

The growing human population has led to diminishing natural habitat for wildlife while the protection measures in place have pushed up wildlife numbers.

The spike in human-wildlife conflicts is also caused by deepening water shortages especially this dry season resulting in the animals destroying their habitats and moving into areas where people live.