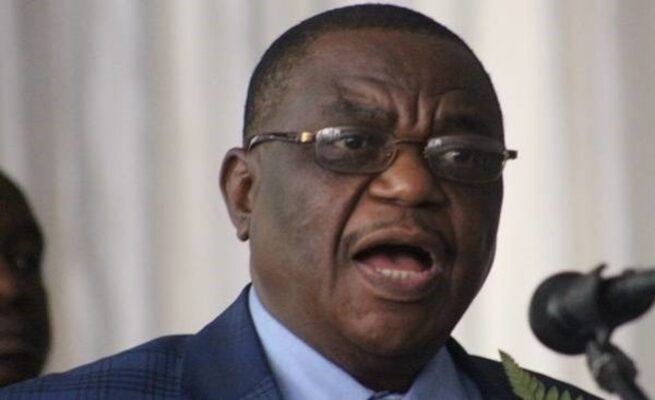 Chief Murinye, who is related to Mnangagwa, last week publicly warned the president about the rampant corruption by people surrounding him and added this could lead to a military coup, or he would lose the 2023 presidential election.

However, the Masvingo traditional leader’s comments drew the ire of Chiwenga. On Friday, the former ZDF boss threatened hundreds of chiefs gathered in Harare for a meeting with Mnangagwa that they should follow proper channels when airing their grievances.

The VP also said Chief Murinye would be investigated by the Local Government Minister July Moyo and President of the Chiefs Council Fortune Charumbira over his rants.

However, Ncube said Chiwenga’s threats were shocking and chilling.

“This is shocking, chilling, and totally unacceptable in a democracy. Chiwenga spoke like a coup leader and not Vice President of a democratic Zimbabwe,” he said.

Ncube is a member of Mnangagwa’s Presidential Advisory Committee (PAC).

Opposition MDC-T spokesperson Witness Dube said Chiwenga’s outburst of constructive criticism was enough evidence that supporting Zanu PF would never be of benefit to the chiefs.

“We hope this is a lesson to all chiefs that they should never be supporters of any political party, especially Zanu PF,” he said.

“Chiefs should govern the people in their jurisdictions and preserve our culture.”

“Threats on Chief Murinye are humiliating, especially coming from a Vice President who knows people have the right and freedom to say as they please,” he added.

“This is not Mnangagwa’s country, it belongs to everyone. No one should be threatened after speaking of corruption as it is clear as daylight, Zimbabwe is troubled by graft.”

Independent Norton MP Temba Mliswa added: “News that VP Chiwenga threatened Chief Murinye is wrong and disturbing on every level. This is exactly how (President Robert) Mugabe operated, threatening all those who had divergent views. Leadership should listen to people and not threaten them. We are all under chiefs. Politicians sandivo vene venyika.”

The MDC Alliance, which has been a victim of most chiefs’ partisan approach, predicted the traditional leader would lose his chieftainship.

“Chief Murinye was brave to caution President Mnangagwa that if he fails to stop corruption, he will lose in 2023. He was telling the truth, he was trying to caution his nephew, but stubborn people like Chiwenga have instead threatened him,” Dr Sibanda said.

Former Ntabazinduna traditional leader, Felix Nhlanhlayamangwe Ndiweni was controversially fired as chief in 2019 by Mnangagwa, who claimed he was not the legitimate chief.

Mnangagwa immediately seized the chief’s government-issued vehicle and all state property in his possession.

However, there was an uproar from certain quarters who argued Ndiweni’s removal was politically-motivated as he spoke against government atrocities.