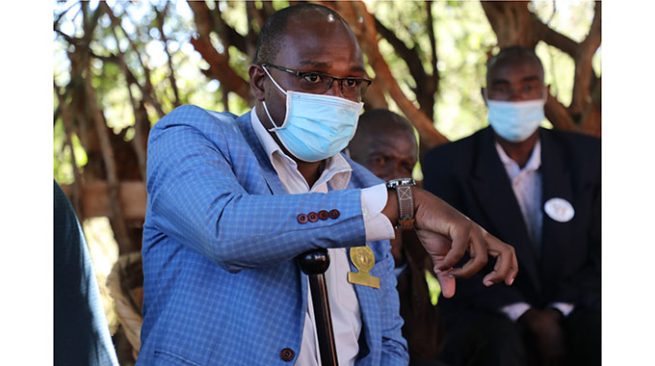 Two Nyanga girls have been sacrificed by their family in a bid to appease an avenging spirit after a series of misfortunes and deaths.

The Weekender learnt that one of the eldest members of the Dzirutsva family of Village Four under Chief Saunyama’s area, Sekuru Lazarus Dzirutsva, killed someone in South Africa in the early 1970s before coming back to Zimbabwe.

The avenging spirit of the slain person then allegedly started causing mysterious accidents and deaths in the Dzirutsva family, thereby prompting Sekuru Dzirutsva to sacrifice his daughter as appeasement for the spirit.

However, Sekuru Dzirutsva later changed his mind and married off his daughter to another man, a move that is believed to have angered the avenging spirit even more.

Sekuru Dzirutsva died in the 90s before settling the matter.

The avenging spirit allegedly resurfaced years later to cause more mayhem in the Dzirutsva family.

This prompted Lazarus’ son, Patrick, to appease the same avenging spirit with his own daughter.

This has, however, caused more harm than good.

The matter was last week heard at Acting Chief Saunyama’s court as the Dzirutsva family sought a lasting solution to the issue.

The court heard that the avenging spirit recently burnt to death a family member after a mysterious fire broke out in a nearby bush.

“There was a mysterious fire that took the whole village by surprise and in a collective attempt to put it down, the Dzirutsvas’ daughter-in-law was burnt to death,’’ said Acting Chief Saunyama.

“Over the years, the spirit has been killing the Dzirutsva family members as well as causing misfortunes for them. Instead of appeasing the spirit through paying the demanded beasts and other things, they resorted to appeasing it with their daughters,” he said.

According to the court records, Patrick’s daughter has developed mental health challenges.

The avenging spirit recently manifested through her at acting Chief Saunyama’s Court.

The spirit revealed that despite receiving several beasts as appeasement, it wants two more beasts and a knife from the Dzirutsva family.

“The avenging spirit revealed that it is angered by the Dzirutsva family’s attempts to evade paying full compensation by offering it girls as appeasement. The spirit said to make matters worse, both girls were later married elsewhere after having been pledged for the spirit,” said acting Chief Saunyama.

During the court session, Patrick said he wants the issue settled once and for all.

The matter was adjourned to today (Friday) for continuation.

“I, however, think there is something wrong somewhere. It is not proper to find a temporary solution when you are facing a lot of misfortunes.

“The family should follow proper channels and settle the matter without involving young and innocent girls,” he said.

Shamwari yemwanasikana director, Ms Ekenia Chifamba, who is also a girls’ rights advocate said it is wrong to use the girl child as a way to appease an avenging spirit as it violates her rights.

‘’Under this concept, an under-aged girl is married off to a member of the aggrieved family. ln Zimbabwe it is illegal to marry off a child who is below the age of 18.

‘’Kuripa ngozi is one of the contributing factors to child marriages which is oftenly overlooked, therefore there is need to channel efforts and resources towards ending the traditional practice of the process through information dissemination and awareness campaigns.

“The communities need to be informed and sensitised,” said Ms Chifamba.

Kuripa ngozi (appeasement of avenging spirits) is an African concept of ensuring social justice and fairneness.

According to the belief, the dead who would have been aggrieved come back in spirit to torment and settle scores with those who wronged them and their relatives.

In most cases, it is believed that the avenging spirits demand beasts and young girls as compensation for the wrongs done to them.