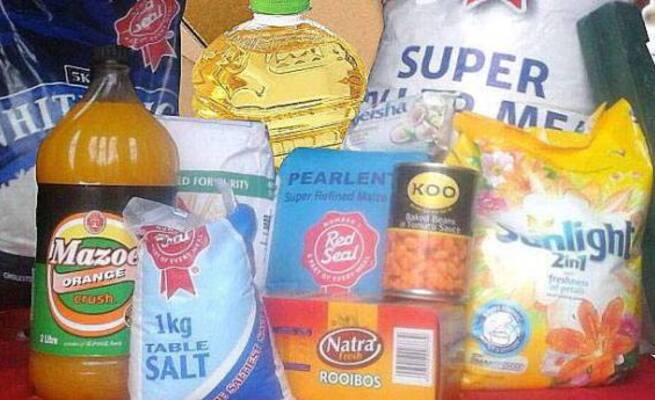 THERE has been a wave of price increases of basic commodities, mostly groceries thereby dampening the festive mood.

The past week has seen several shops including big supermarkets increasing prices of basic commodities such as mealie-meal, cooking oil, sugar, meat, rice, fish and potatoes among others.

What is surprising is that even foreign currency prices have been increased which means the price hikes have nothing to do with the exchange rates.

Businesses are saying the price increases have been triggered by a combination of factors, including the firming of the United States dollar against the local currency especially on the parallel market but as already stated even prices in forex have increased.

The consumers are saying prices are now beyond the reach of the majority of people and prices of meat products which are usually in high demand during the festive season, are among the products that have been increased by very high percentages.

A snap survey of the prices in shops within the Bulawayo central business district revealed that a 2kg packet of chicken which used to sell for an average $1 000 now sells for between $1 200 and $1 300.

One shopper, Mrs Primrose Hadebe, a teacher who was buying ingredients to bake cakes said the price hikes were shocking.

“Prices of most commodities have gone up. We got paid our bonuses in forex but we have not enjoyed the cushioning because of the price hike madness we are witnessing. In some cases prices have more than doubled compared to last month,” said Mrs Hadebe.

Another shopper Mr Tafadzwa Dube said the price hikes had dampened the festive mood as most consumers can no longer afford the food items they usually buy at Christmas.

“We can only buy selected items because of the exorbitant prices being charged by retailers,

The merry-making we had planned for this year following the payment of bonuses in forex is no longer possible,” said Mr Dube from Hillside suburb in Bulawayo.

There were however other shoppers who were pushing trolleys full of goodies and looked unfazed by the price hikes.

“Well, I was part of a grocery club and we were paying US$30 per month and as such I have enough to spoil my family this Christmas. It wasn’t easy paying that amount but now we are among the few families that are going to enjoy themselves this Christmas,” said a woman who only identified herself as Buhle.

Many consumers have however called on the Government to intervene and stop the price hike madness which they say is eroding their buying power each day.

“I am a teacher and have just withdrawn my forex bonus but it can only buy very little because of the exorbitant prices in both local currency and forex. Only two weeks ago the bread price was $150 but now its $160. This is just one of the many food items whose price has been increased,” said Mrs Marie Ncube from Mkoba 9 suburb in Gweru.

Another consumer Miss Amanda Moyo said the increase in prices of basic commodities had spoiled this year’s Christmas festivities.

“These price increases are eroding salaries and something should be done to stop this,” she said.

The CZR association president Mr Denford Mutashu attributed the rise in commodity prices to the firming of the United States dollar against the local currency.

He said in some cases the increases could also be attributed to profiteering.

“The increases are directly related to the continued firming of the United States dollar against the local currency on the parallel market,” he said.

Mr Mutashu urged consumers to avoid panic buying saying there are enough commodities in the shops.

“Consumers should avoid panic buying but should instead take their time to compare prices so that they get the best bargains. Suppliers and manufacturers have assured us of sufficient stocks beyond the festive season,” he said.

The Minister for Public Service, Labour and Social Welfare, Professor Paul Mavima said it was unfortunate that prices of basic commodities have increased at a time when people were preparing for the festive season.

He said there was a need to stabilise the exchange rate so that salaries are not eroded.

“Yes, there has been an increase in prices of basic commodities. As a nation we need to put in place fundamentals that stabilise the exchange rate,” he said.

Prof Mavima said in Zimbabwe dollar terms, no matter how much workers are paid the salaries would be eroded by exchange rate fluctuations.

Meanwhile, the Consumer Council of Zimbabwe (CCZ) said the country has recently witnessed a steep increase in the prices of most commodities.

It said the prices of most basic goods have significantly increased since the start of the festive season as retailers take advantage of increased holiday spending.

The CCZ also said the country’s latest LPG gas price increase which took effect on December 7, from $270 a kg to $400 a kg, also had a ripple effect on prices.

“The energy price increase feeds directly into rising food and transport costs, both of which have an impact on consumers during the festive season. Consumers are paying a little bit more for just about everything than they did a month ago and significantly more than they did for the same goods and services last year. Covid-19 related bottlenecks in the supply chain have also contributed to the rise in prices,” said CCZ.

“The welfare of consumers continues to slide with most consumers living below the Poverty Datum Line in the face of relentless increases in the prices of basic goods and services,” said CCZ.

What Zimbabweans under attack in South Africa should do: Mnangagwa’s govt issues statement

SA army boss speaks out as Islamic Jihadists attack army base and kill 3...

News Cynthia Goba - 14 April 2022 0
A man who has been in the habit of abusing his children by beating them to a pulp has been slapped with 24 months...

News Muza Mpofu - 14 April 2022 0
POLICE have arrested four suspects who broke into the Council for the Blind offices in Bulawayo and stole cash and other valuables all worth...

News Muza Mpofu - 14 April 2022 0
President Mnangagwa has consoled the Mutsvangwa family following the death of their granddaughter Paida Nonica, who succumbed to injuries sustained from a road traffic...

News Muza Mpofu - 14 April 2022 0
A Bulawayo prophet has gone against the teachings of Paul the Apostle who stated in 1 Corinthians 9:8 that the Gospel of Jesus Christ...

News Muza Mpofu - 14 April 2022 0
VICE president Constantino Chiwenga’s estranged wife, Marry, has been caged one year after she was convicted of attempting to upgrade her customary marriage. She however...

Videos & Pics Muza Mpofu - 14 April 2022 0
SOCIALITE Limunitsa Dumbisa Jemwa was the talk of the day at the Harare Magistrates’ Courts yesterday. She was, somehow, allowed to enter the court even...