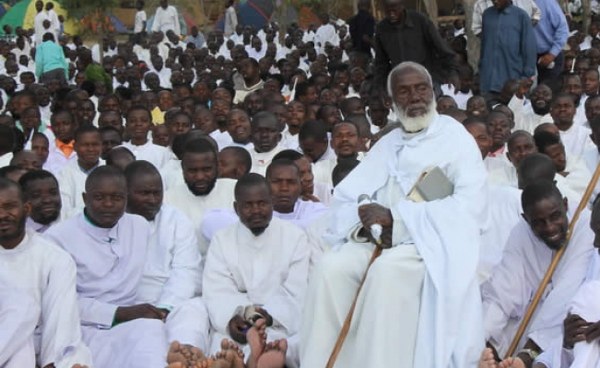 HIGHLY influential leader of one of the country’s largest indigenous church denominations, Paul Mwazha, has ordered his congregants to vote Zanu PF or risk being excommunicated.

In an undated video being shared on social media, a Zanu PF member donning President Emmerson Mnangagwa’s trademark Zimbabwean scarf tells hundreds of church members that their leader, Mwazha had instructed them to get rid of any member of the church who does not support the ruling party.

“None of you will be harassed as long as we are there, as long as the president is there, I will go and tell him if there is anything that is troubling you.”

Mwazha’s African Apostolic Church has maintained relations with Zanu PF because of the large numbers under his control.

His services and annual festivals have in the past been used for Zanu PF campaigns, with late President Robert Mugabe, Mnangagwa and other members of the ruling party frequenting his gatherings.