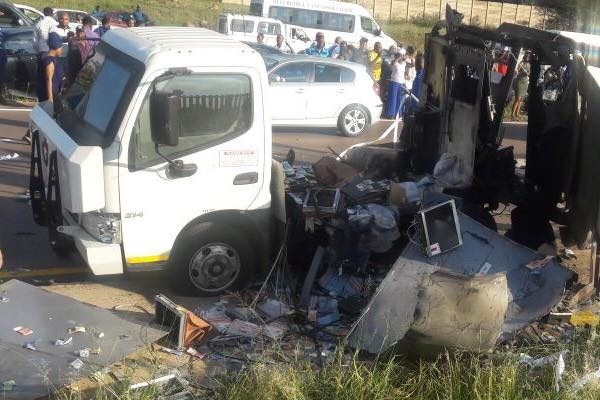 Two security guards have been injured after a group of armed robbers bombed a cash van during a cash-in-transit robbery in Krugersdorp.

The robbery took place in Krugersdorp on Wednesday at approximately 18:25.

According to police spokesperson Colonel Athlenda Mathe, the cash van had just left the Silver Star Casino when it was rammed by a Mercedes-Benz on the R28.

Other suspects were travelling in a white GTI and blue Hyundai.

“The suspects started randomly shooting at the G4S cash van, security personnel were forced out and the cash van blown up,” said Mathe.

The gang fled the scene with an undisclosed amount of cash.

Mathe added that the injured security guards were taken to a nearby hospital for medical attention.

They were also disarmed and their service pistols taken.

Police have launched a manhunt for the group of at least 12 suspects.