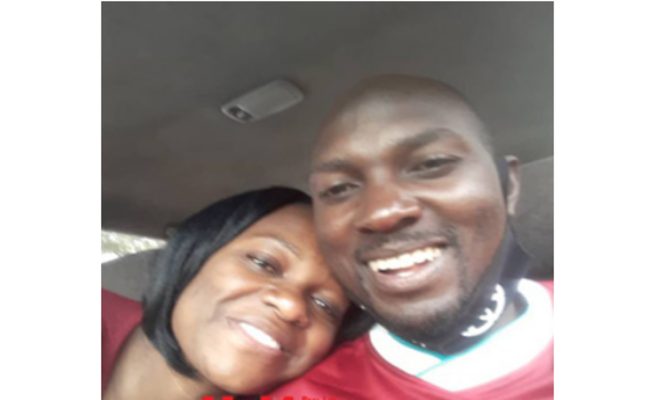 A workplace love affair has ended a 24-year-old marriage.

The relationship between Olivia Makakatamwa and her boss Ian Asam Mwanza was laid bare by pictures which were found in a memory card.

Olivia and Ian are employed by the same a local cleaning company.

Redfan confirmed the pictures were accessed from a memory card which was given to his child by Olivia.

“I found pictures of Ian and my wife from a memory card which was given to my son by Olivia to put his stuff.

“I asked for the memory card from my son as l wanted to watch a movie, this is how l discovered those photos.

“Ian is also a married person,” he said.

“Because of Ian, my wife would always say she is tired every time she came back from work.

“Each time she would come from work, she would always find small issues and blaming me,” he added.

Contacted for comment Olivia could not give enough details.

“I am not feeling well,” she said before hanging her phone.

Efforts to contact Ian were fruitless as he blamed poor network connectivity and his phone went on unanswered.

A manager within the workplace said:

“I questioned lan about the pictures and he said he is greatly shocked about where these pictures were coming from.

“I am told the husband of Olivia spoke to line manager of Olivia and it appears they agreed on way forward,” said the manager.

Olivia’s mother said Redfan and Olivia were always fighting and her daughter was treated as an outcast by Redfan family members.

When questioned about Olivia and lan images kiss_ing she said:

“My son-in law explained that Oliver’s sister was aware of such an affair.

“I confronted her on why she would allow such to happen and not advising her sister that her conduct was bad,” said the mother.

“It is paining me that I asked my daughter about the issue and she told me that she was also tired.

“They have been having problems since their marriage started,” she said.

A close source informed H-Metro that Redfan is bitter over the leaked photos of lan Asam Mwanza kissing Olivia and enjoying quality moments.

“Redfan is bitter with Olivia to spoil their 24-year-old marriage blessed with three children.

“In 2010 Redfan had a white wedding where they enjoyed and it’s devastating to see lan doing the same with someone’s wife.

“Redfan secured a job for Olivia at local cleaning company.

“Ian who is boss to Olivia lured her and allegedly facilitated for her promotion.

“The two then fell in love,” said source.