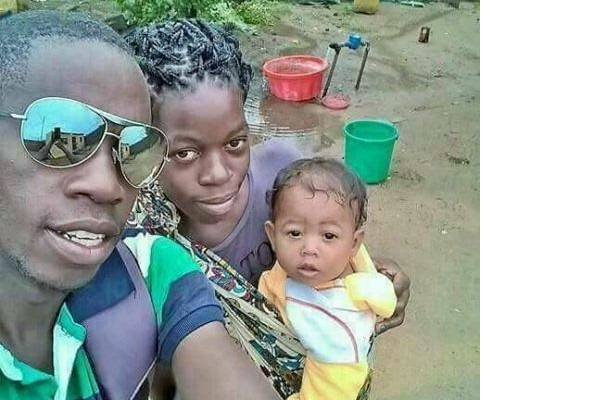 A Zambian couple has welcomed a beautiful baby boy who looks like a Chinese.

The couple, Fabio Phiri and Priscilla Phiri, thanked God for blessing them with a bouncing baby boy in a message posted online.

Zambians were left in shock after seeing a photo of the baby who looks Asian. They said that the Chinese contractors that come into Zambia are not only there to make roads but they also come to make babies.

Fabio who works as a taxi driver expressed his love for his son and gratitude for his wife’s former boss who helped a lot during the preg_nancy and sent money to the couple.

He further said he named his son, Fabio Ji Wu Phiri, after his wife’s former boss who is a Chinese Engineer named, Ji Wu Young. He revealed that doing so was the only way he could honour the man for his help.

Read what he said below:

“I love my son, he is a blessing to me, because of him I have been forced to even work hard in life so that I can always provide for him , he is a big boy now and is 6-month-old, I named him after myself because he looks exactly like I do, especially when I was a baby like him, his name is Fabio Ji Wu Phiri. The Ji Wu is a name we gave to him after my wife’s former boss Mr Ji Wu Young a Chinese engineer who was working at China Engineering and Construction Limited, he helped us a lot when my wife was preg_nant and has been very supportive to our family and the baby, even after he left Zambia, he still sends money to help us with upkeep so the only way we could appreciate him is by giving some of his names to our son.”

What are your thoughts?