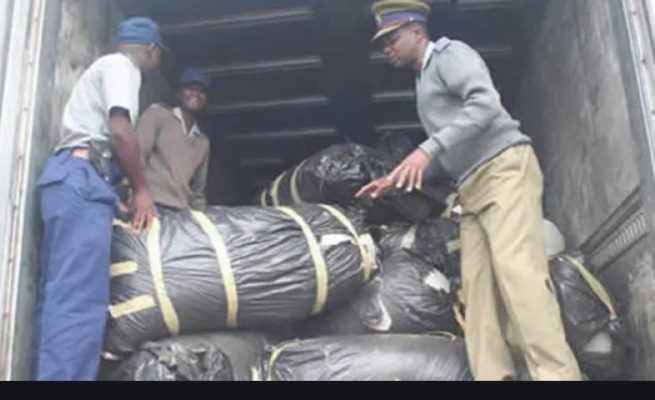 A 38-year-old woman allegedly found with 13 x 50kg-bags of mbanje (cannabis) has been denied bail.

Mambanje denied Munyengeri bail and remanded her in custody to January 18.

The court heard that police were tipped off that Munyengeri was supplying mbanje in Harare. Detectives carried out surveillance missions and witnessed Munyengeri entering a house in the Makomo area of Epworth.

On New Year’s Eve, the detectives received further information that Munyengeri had received more contraband from Malawi and had stored it in a safe house.

A raid was carried out at the house and police interviewed Trisha Rusike, the house owner.

Rusike told investigators that Munyengeri was renting a room at her house but she was not staying there. She also told police that she never took an interest in what her tenant stored in the room.