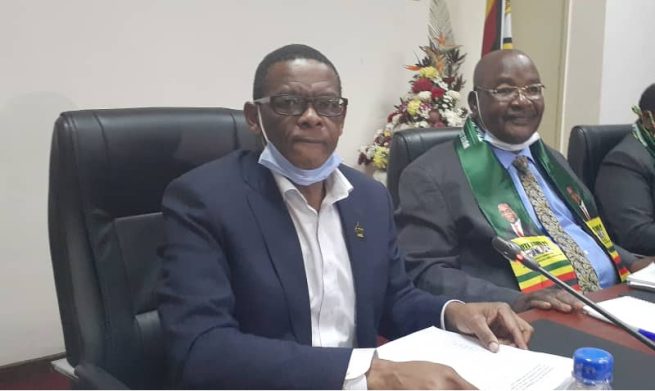 Zimbabwe is appealing to those living and working in South Africa to remain calm as Harare and Pretoria try to find common ground on expired special dispensation permits for Zimbabweans.

This, as South Africa push ahead with the termination of the Zimbabwe exemption permits (ZEP) issued to asylum seekers which expired on 31 December.

In a statement, the Zimbabwe Embassy in Pretoria said its people should “comport” in ways that promote good relations between the two countries.

On New Year’s eve, South Africa effectively ended a decade-long moratorium that allowed about 200 000 Zimbabweans to live and work in the country through issuing the Zimbabwean Exemption Permit (ZEP) that was renewable every four years.

The decision, although decent, according to some critics, since it gave Zimbabweans a 12-month grace period that ends in December this year for them to apply for different kinds of visas to stay or face deportation, had faced resistance.

A court challenge launched by Simba Chitando, a Zimbabwean lawyer based in South Africa, was at the centre of what the embassy saw as a hostile approach.

Chitando is also the chairman of Zanu PF’s Sandton branch.

But South Africa’s concern with the political and socio-economic situation in Zimbabwe was hinged on the fact that, as the biggest economy in the region, illegal immigrants from Zimbabwe would strain the country’s economy and social services.

Chairman of the Zimbabwean Community in South Africa, Ngqabutho Nicholas Mabhena, in an interview with News24, said all that needed to be done was to follow South Africa’s Cabinet’s directive and then iron out other issues that may arise from people failing to get other kinds of permits.

“What’s needed is to first establish how many qualify to move to other visas as directed by the SA Cabinet. Secondly, we need to engage Home Affairs (SA) representing those not able to move to other visas, especially the lowly skilled and understand what kind of assistance can be granted.”

Mabhena added that they held the view that the majority of the ZEP holders did not qualify to move to other visas.

For example, domestic workers, people working in the construction industry, and at shops.

“When it comes to teachers, lawyers and accountants whose professions are not listed as critical skills we need the government to consider providing a waiver for such individuals. For example, if a teacher’s services are still required by their employer, the Department of Home Affairs and the Department of Labour can grant a waiver for such a person to apply for a general working visa,” he said.

Official statistics in South Africa estimated that there were three million immigrants in a population of about 60 million. Zimbabweans being the majority, accounted for just under a million.