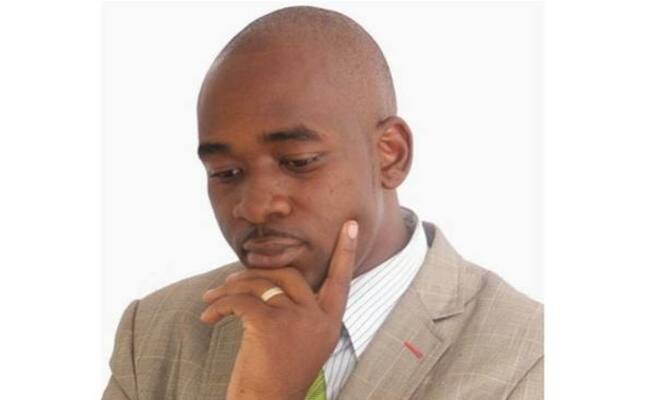 THE Nelson Chamisa led MDC Alliance will tomorrow hold a “crucial” meeting to deliberate on a possible new name for the party ahead of the March 26 by-elections and the 2023 plebiscite after their nemesis, the MDC-T led by Douglas Mwonzora laid claim on any name with the acronym MDC.

“The party will hold a crucial meeting to resolve that issue. You may ask our national party spokesperson Fadzai Mahere for further clarification because I only speak on behalf of the president. She will also make an official announcement after the meeting,” Sibanda said.

Mahere said the party would, at the “appropriate” time, set its position to the people.

“The party is ready for the by-elections, but there is need to implement electoral reforms, which are not negotiable — to solve the governance crisis in Zimbabwe,” Mahere said.

“We need to align our electoral laws to the Constitution and there is need for full disbandment of the partisan and militarised Zimbabwe Electoral Commission secretariat.”

Chamisa’s party lost the MDC headquarters, Morgan Tsvangirai House, and the funds that it is supposed to get through the Political Parties Finances Act to the Mwonzora faction, which claimed to be the legitimate MDC and the courts ruled in its favour.

Mwonzora’s party also recalled MPs affiliated to the MDC Alliance, and has since replaced about 15 proportional representation seats with its MPs.

About 133 Parliamentary seats and council wards are now vacant after the recalls of MDC Alliance MPs. Other vacancies were caused by the deaths of MPs and appointment of others to Ambassadorial posts.

“By-elections were stage-managed by Mwonzora, a surrogate of Zanu PF. It is going to be a humiliation to Mwonzora and his henchman,” Sibanda said.

Mwonzora’s MDC-T also said it was ready to participate in the by-elections and reiterated they would use any of the MDC names that may come up.

Mwonzora’s spokesperson Lloyd Damba said the names MDC-T and MDC Alliance were both theirs to use as electoral vehicles for different times depending with the situation on the ground.

“Our claim to the MDC Alliance name is not to spite anyone, but is embedded in the history of the MDC name, of which the resolution was made on the 27th of July 2017 and the signing of the pact on the 5th of August 2017 in Zimbabwe Grounds.”

Coalition for Democrats (CODE) leader, Trust Chikohora who lost the 2018 Presidential elections said his party would not contest the by-elections as they were a waste of time and resources.

Zanu PF spokesperson Chris Mutsvangwa said “the democratic ethos” of his party would lose no time to prepare for the by-elections as well as the 2023 polls.

“Zanu PF has just finished its own internal provincial elections. To underscore the serious commitment, the party even held them during seasonal holidays on the annual calendar. The cadre ship and membership enthusiastically responded even as the other population partook in festivities,” Mutsvangwa said.