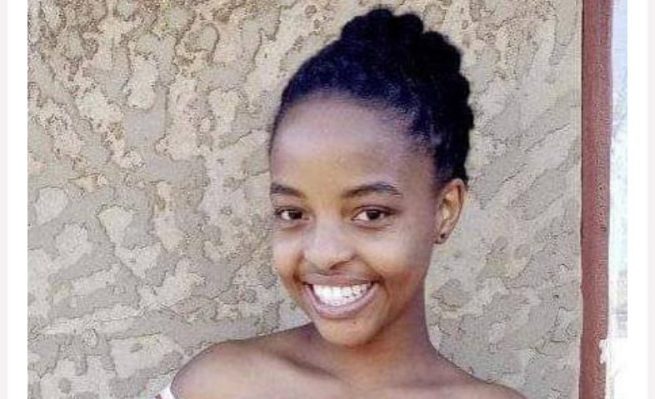 MATSHEPO MALEFANE was a bubbly girl who dreamt of becoming a health professional.

However, all her family’s hopes for her died when her body was found hanging from a tree.

Her apparent suicide sent shock waves through her community and has left many suspicious.

The body of the 19-year-old student from Mapetla, Soweto, was found hanging from a tree in the bushes near her home on Wednesday, 5 January.

According to her family, Matshepo was last seen at her boyfriend’s house the morning before her body was found. Family members said they needed answers as it made no sense that she killed herself.

Her brother Lebohang said he got a call from their mum on Monday night saying Matshepo had gone missing. Their mum told him Matshepo went to the outside toilet and never came back.

“It was very strange because she never disappeared without telling anyone where she was going,” he said.

Lebohang said the next morning, they went to Matshepo’s boyfriend’s house and found her watching TV with him.

“I was very upset and didn’t want to speak to her because she had made us worried. We told the boyfriend to take her home and he agreed,” he said.

Matshepo’s other brother, Kamohelo, said four hours later, they went to the boyfriend’s house again as Matshepo had still not come back home.

“Matshepo and her boyfriend were not there. The boyfriend’s mother called him to find out where they had gone. He said he was on his way back with Matshepo but an hour later, there was no sign of them and his phone was off,” he said.

They later got hold of the boyfriend, who insisted he had accompanied Matshepo home.

The next morning, residents made the shocking discovery.

“She was hanging from a tree but her feet were on the ground. Her clothes were dirty and dry, despite there having been heavy rains the previous night,” said Lebohang.

Matshepo was upgrading her maths marks from PQ Vundla institution. Gauteng police spokesman Lieutenant-Colonel Mavela Masondo said: “Police have opened an inquest docket for investigation. We are still waiting for the post mortem results that will confirm the real cause of death.”